We live in a throwaway society, strongly influenced by consumerism and overconsumption. Nowhere is this more obvious than the global trend of wasting food. Danish organisation, Stop Wasting Food, is bucking the trend, and setting a standard which it hopes the world will follow. Patrick Hurley spoke to Founder Selina Juul...

“We buy things we don’t need, with money we don’t have, to impress people we don’t like.” It may not be the most memorable line from the film Fight Club, but perhaps it is the most pertinent, especially when it comes to food consumption.

In 2015, people in the UK threw away food worth over £13 billion. Waste and recycling organisation, Wrap, calculated that over seven million tonnes of edible food was wasted throughout the year. On average, UK households are buying £470 of food every year and throwing it straight in the bin. The average US household wastes even more food than their equivalents in the UK, at $1,000 per year. Figures suggest that, once we include industrial waste, a full 25% of all food production ends up as waste.

Figures for food waste such as this are rising year-on-year, and look set to continue. It might seem that this is an intractable problem and something that is merely a by-product of the way our lives are led, but this is a relatively recent phenomenon. In the five years to 2012, UK food waste actually reduced by over one million tonnes a year, and this trend was replicated in countries across the developed world. So, what has changed, and what can be done to reverse the trend?

At the G8 summit of world leaders in 2008, the UK’s newly elected prime minister, Gordon Brown, led a debate on how to reduce food waste. He was pilloried in the press; mocked for being concerned with leftovers on plates rather than jobs and education. But it turned out his attention on the issue was part of a turning point. Food waste was at a record high in Europe, and people from across the continent – from prime ministers and presidents to students and social entrepreneurs – started to look at scaling up ways of reducing it. 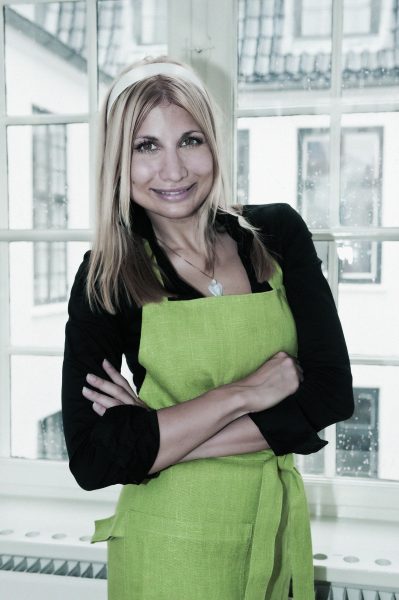 Into this ferment of action in 2008 stepped Selina Juul, at the time a shelf-stacker in a small supermarket in Copenhagen, who was becoming outraged at her bosses telling her that she had to throw away unsold bread every evening. But rather than merely do as she was told and complain silently about it, Juul did what the best social entrepreneurs do – she went and made a positive change herself. Her organisation Stop Spild Af Mad (Danish for Stop Wasting Food) is on the inside track of this agenda, and has been instrumental in setting the agenda on food waste across Denmark.

“In 2008, I decided I’d had enough. So, I started a Facebook group called Stop Wasting Food,” Juul is nothing if not forthright. From the citizen action that gave rise to her campaign to the very naming of her company, you’re left in no doubt as to where she stands. “We were contacted by REMA 1000, the biggest discount chain in Denmark. It had read about my movement and it wanted to do something tangible. So, it cancelled all its bulk discount offers, like buy three things for the price of two.” REMA 1000 has almost 300 stores in a country of five million. To get its purchasing policies changed was a pretty big deal.

The way Juul tells it, this all happened fortuitously, but the real story is that her powers of persuasion and the underlying economic sense of reducing waste, tipped the balance. It’s a situation that could be replicated in other supermarket chains if only the same enlightened self-interest could be seen there. It has taken her time to achieve this, but Juul now has competitors to REMA 1000 also signed up to her charter: “REMA 1000 was the first; five years’ later came the Co-op, and we’ve also got LIDL. Today, we have the most supermarkets with the most food reduction strategies in Europe.”

In the UK, Welsh company This Is Rubbish was founded in 2011 with the aim to bring about similar levels of social change there. And yet six years later, UK supermarkets still noticeably have not cancelled bulk discount offers and are still routinely throwing away edible food. Why should it be the case that what works in Denmark has not yet worked in the UK? Juul has a theory:

“Our government is very much focused on the circular economy. In Denmark, the Ministry of Food and Environment has targets to decrease the amount of plastic and improve recycling.” Juul is evidently proud of her work, advising that, “in a joint project between Stop Wasting Food, the Danish Agriculture and Food Council, and several others, we have launched a REFOOD label. It promotes the sorting, collecting and recycling of food waste and tells consumers which companies are adopting a more responsible approach.” It appears that a more progressive approach from government has been key to ensuring that citizens’ interests in reducing waste are enforced by the supermarkets.

“Consumers need to realise that they have great power, they need to wake up and use that power. We don’t need food waste police, we just need to work on other solutions rather than pointing solutions”

But even without institutional support from government, Stop Wasting Food has proven that concerned citizens, social entrepreneurs and small companies can still all work together to make a positive difference to the culture of food waste. Juul’s organisation has been credited with bringing about a 25% reduction in food waste in Denmark over the five years from 2010 to 2015. She may have had backing from powerful interests, but no laws were changed and no state enforcement was used. It was done purely through appeals to the good sense of the arguments she was making.

On a wider scale, Stop Wasting Food is also concerned with trying to change global infrastructure and trade patterns to assist in ensuring food is not wasted: “In sub-Saharan Africa, they have food waste that could feed 48 million people, and this is food that is rotting on the fields because they lack food packaging; they lack the infrastructure; all the things that could keep the food edible. Consumers need to realise that they have great power, they need to wake up and use that power. We don’t need food waste police, we just need to work on other solutions rather than pointing solutions. What works is media awareness, consumer focus, competition between supermarkets on reducing waste. It’s great.”

So, what does she say to those who have been inspired by her and would like to make a difference themselves?

“On an individual level, don’t be a consumer zombie! Avoid the bulk discount offers unless you are sure you really are going to use it. Buy the imperfect fruit and vegetables. Be mindful of your plate size – just a 10% smaller plate can reduce waste by 26%. And if you have more food than you need, share it.”

“Don’t be a consumer zombie! Avoid the bulk discount offers unless you are sure you really are going to use it. Buy the imperfect fruit and vegetables. Be mindful of your plate size – just a 10% smaller plate can reduce waste by 26%”

It’s all well and good taking such small actions, and as the writer Adam Lent notes in his book Small is Powerful, the era of positive action being taken on a big, global basis is over. From here on in, he argues, small is powerful; small is good; small is the way to get things done. Given all that, and in the ongoing absences of officialdom taking action, it seems natural that individual actions to reduce our own food waste can have an effect. But what about those who would like to replicate Juul’s successes elsewhere? What about those for whom taking collective action is more effective?

There must be thousands of social entrepreneurs such as Juul who could be stepping forward to fill the gap left by uninterested governments, or money-motivated supermarkets. What can be said to encourage them to take the necessary steps?

Juul’s playbook to achieving success has been simple. Be forthright and direct; take every opportunity to promote your agenda; don’t take ‘no’ for an answer. Most importantly, though, be committed and dedicated.
She has an uncompromising message for those who would like to replicate her actions elsewhere: “You say you want to change the world? Of course you do – you’re a good person. But it can be inconvenient. It can be expensive. It can be slow. I have no life, basically. I have no life and I have no weekends.”

She has written a leftovers cookbook; worked with three different governments on reducing food waste; promoted school education programmes on the topic; set up a scheme for increasing the use of doggy bags in restaurants; and has instituted a quality mark for food outlets based on their recycling policies. Taken individually, all these actions might all seem like small beer, but as Juul says, “It’s a small drop in a big ocean, but it’s still a drop, which can add another drop and another and another.”

In short, the last nine years have been busy for Juul and for the movement that Stop Wasting Food has become. But then, she is trying to change the world, and nobody ever said that was going to be easy.