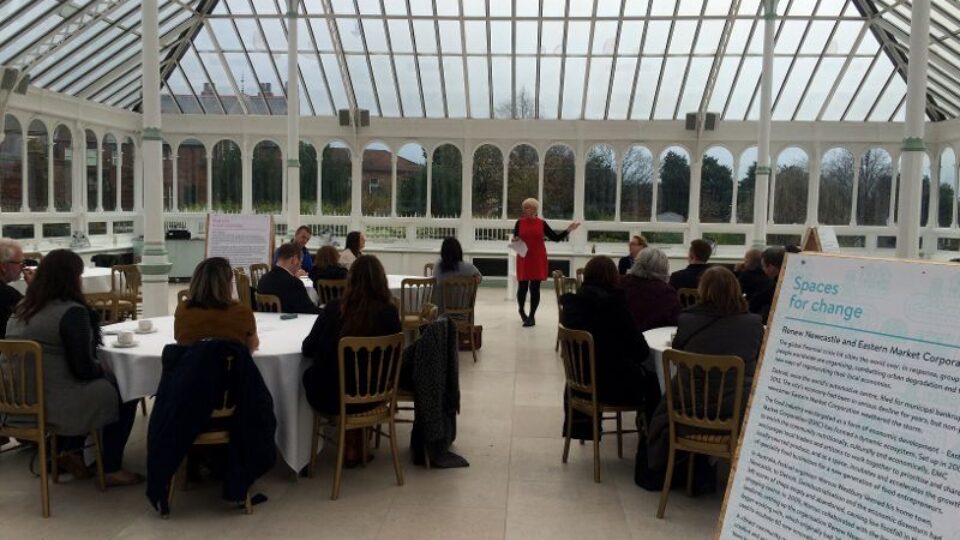 As LaunchPad takes off in Liverpool, we speak to Erika Rushton and Nicola Higham from the Beautiful Ideas Company about their mission to facilitate a future generation of ventures that support job creation and local regeneration in North Liverpool.

Tell us about the Beautiful Ideas Co.

ER: The Beautiful Ideas Company (BICo) is a regeneration Community Interest Company that supports and promotes social innovation, entrepreneurship and economic growth, primarily in North Liverpool. BICo was born out of the Beautiful North and is a partnership between the public and private sector – its mission is to facilitate a future generation of ventures that support job creation, innovation and local regeneration.

Beautiful Ideas Co. was born out of the Beautiful North project, what are the key legacies of that project?

NH: The Beautiful North project was a cooperative of around 40 different organisations, which tackled some of the city’s biggest challenges following major government spending cuts, which left many wards of North Liverpool derelict and underdeveloped. The community car park in Anfield was a sustainable project that emerged from the Beautiful North; Liverpool City Council donated land and frontline staff contributed the idea; the private sector made it happen at cost; the community contributed staff and the profits have been reinvested to do more projects. It remains a great collaboration story, with stakeholders in the area coming together to make something happen.
One of the key legacies of the Beautiful North project is that we now have an active board, made up of local entrepreneurs and key people. They’re committed to investing their time and money in North Liverpool, as a means to generate ideas and opportunities in an area that has long been overlooked by much-needed government investment.
BICo is proof that North Liverpool is no longer defined by its problems, but is increasingly aware of its strengths and has an aspiration to be economically self-sustaining. It represents a determination to reinvest in the area with sustained income, funded through community and social innovation projects.

Your next project, LaunchPad, launches in November. What are the aims of LaunchPad?

ER: LaunchPad gives entrepreneurs, creatives and change-makers the opportunity to get together, share ideas, build a delivery team and develop prototypes to become part of the emerging enterprising community in North Liverpool. This growing movement of entrepreneurs is delivering positive social impact in the area and is part of an international network of over 60 social innovation hubs. LaunchPad is a creative space for collaboration for anyone with an idea – somewhere they can test it, shape it, share it, demonstrate it and pilot it – after 12 weeks of trial and error there is the opportunity to pitch for support, space and investment to create a sustainable venture.

What are the opportunities in North Liverpool?

NH: North Liverpool is a melting pot of opportunity – many of the residents have inherent enterprise skills that have been born out of casual labour, trade and the sea, land and the building that surround them. People in North Liverpool have the time and the effort to commit to making many of these new schemes work for them and their local area. North Liverpool is home to a bubbling creative community that is growing by the day and a voluntary sector that has demonstrated its resilience and ingenuity. There is also a lot of existing expenditure that can be used differently, and this is coupled with community councillors who are willing and open to new ideas, some of which they have already started to implement.

Who can get involved?

ER: Anybody can get involved! However we don’t currently invest in sole traders or individuals who work in isolation on projects – the whole process is designed to be as collaborative as possible, so that different individuals’ ideas can fuse together to create weird, wonderful and unique projects. Our events will be an opportunity for you to discuss ideas and then see how those ideas will work well with the ideas of others. LaunchPad is a forum for collaboration and team building with one sole objective: to create a positive and viable social impact in North Liverpool with a positive long term legacy.

When does the programme open?

NH: We are inviting people to take part in a number of launch events and workshops on the 19 and 20 November (subscribe to the Ethos newsletter to be notified of details of these events). These events are a platform for anyone who wants to get involved, to bring along their ideas, opportunities and challenges and meet the teams. There will be a follow-up dates at the end of November and December to discuss any ideas or questions you have about the programme. Our final deadline for applications is 11 January, and the 12 week accelerator programme takes place between February and April 2016. At the end of the programme, ideas will then be put forward for investment and support

The programme will invite applications in from all over the world. How important is it to look at other projects from cities around the world when solving problems at home?

ER: There is a chance to learn and be part of both a local and international movement who are reclaiming the production, repatriation of manufacturing and repossessing ownership of everything from ideas to distribution. Often it’s not about reinventing the wheel and there will clearly be some great examples of projects from all over the world that can be tailored and tweaked slightly to work in North Liverpool. Any international teams that apply will be matched with local individuals or teams to work on a collaborative basis.