After graduating from the University of Birmingham in 1996 I worked at GCHQ Cheltenham, where I met my wife Sarah. Wanderlust led me to work in the travel sector and while based in London I frequently travelled to Russia and the Baltics; my work allowed us to move to Saint Petersburg with our daughter Beatrice. Currently I am working as an advisor for a blockchain sharing economy startup in Saint Petersburg specialising in the accommodation and travel sector.

Saint Petersburg is a city that has had many names throughout its history. Locals passionately call it not Saint Petersburg, not Leningrad, but Piter! This northern city retains an edgy character defined by its turbulent history and imperial past.

I studied Russian in the early nineties and work allowed me brief visits a couple of days at a time, usually after a hectic few days in the megapolis of Moscow. Coming to the city always felt like a breath of fresh air (quite literally), so when the opportunity arose to be based in Russia permanently in 2012 with my wife, we decided to take the chance to experience life in a different city. Although Saint Petersburg is a city of five million people it has the feel of a big village – you frequently bump into people you know.

The weather here is like any northern maritime city – changeable. But, as a British-born person who grew up by the sea in west Wales, it’s nothing too bad. Seasons here are what they say they are. Winter brings days of minus 20 degrees but also bright, glittering frosty sunshine – and, it’s not every day that you get to walk on a frozen river. Spring transforms rapidly into summer, which can be baking hot, or damp. Autumn produces a glittering array of colourful trees around the city and the countryside beyond.

Saint Petersburg is a city for walking, whether you’re strolling Nevsky Prospekt or following one of the many canals, sights are best explored on foot. There is always something new to discover – whether it’s a museum housed in an interesting historical building; a new cluster creative space; a collective of shops, restaurants and work-spaces, such as Golitsyn at Fontanka 20; or the Berthold Center in Dostoevskian Saint Petersburg. During late-May to mid-July, daylight extends until the early hours, so ‘daytime’ could well be the early hours of the morning. There are plenty of parks (also classed as museums) to stroll around, such as the restored Summer Garden.

Ulitsa Rubinstein, a side-street just off Nevsky Prospekt, comes alive at night. The street is lined with restaurants and cafes, serving a whole range of cuisines from modern Russian, to Israeli street food, to sushi.

There are numerous glitzy wine bars, but craft beer lovers will be rewarded if they find Beer Geek – a small cellar bar located in a yard off the street, which has the best selection of draught and bottled Russian beers. On summer nights the street can be buzzing at 3am.

Saint Petersburg prides itself on its cultural heritage, and music, theatre and ballet are taken extremely seriously. Take in cutting-edge theatrical interpretations of Chekhov and Tolstoy among others at Tovstogonov Bolshoy Drama Theatre, or visit the world-famous Mariinsky or Mikhailovsky theatres for the best in opera, ballet and symphony music. Another great way to see the city is to take a late-night river cruise. The city takes on a different perspective when seen from the water, and cruising under raised bridges at night is an unforgettable experience.

Saint Petersburg is a literary city, and it’s no surprise to come across 24-hour bookshops – the most striking is housed in Dom Zinger – the former Singer factory building notable for its prime location and striking glass roof.

Nevsky Prospekt is the main street for shopping, with any number of tourist shops hawking fur caps (shapka-ushanka or шапка-ушанка), amber and matryoshka dolls.

However, if you want to really impress your friends at home you can try sourcing a stylish mug at the Imperial Porcelain factory. For sightseeing alone it’s worth visiting the Eliseev Merchants shop – a sumptuous gastronomic cornucopia in art moderne style.

From an architectural point of view Au Pont Rouge has been painstakingly restored and is now a hip boutique featuring the latest in Petersburg fashion.

The street food scene has really taken off in the city. Pop in to Bekitzer on Rubinstein for the best falafel and a laid-back Tel-Aviv vibe. If you’re looking for something post-Soviet then try Georgian food; spicy vegetable stews, sizzling meat dishes and cheesy flat bread (khachapuri), washed down with saperavi red wine, chacha or lucid green tarragon lemonade are one of the world’s best kept culinary secrets. There are plenty of restaurants to choose from, but my regular is Kazbegi at Fontanka 20 which recreates a welcoming Georgian feel.

If all the walking tires you out, take a pit-stop at the legendary Pyshki 1958 on Bolshaya Konyushennaya street. ‘Pyshki’ are a local favourite – basically, they’re fried donuts swimming in grease and topped with icing sugar, and although they are available across the city this eatery is the 100% authentic real deal.

There are plenty of activities for children in the city, and most restaurants have a dedicated playroom for children, often with a nanny.

One of the best places for children to unwind outdoors is New Holland island. The children’s playground recreates the shipyard in Holland where Peter the Great himself helped build the Petr and Pavel frigate ship, with a wooden replica 80% of the original size taking centre stage. In winter the large lawn area is transformed into a Katok (ice-rink), great fun for children and adults alike.

For some fresh air head out to Central Park on Yelagin island, a traffic-free island haven near the sea. It’s not difficult to spot squirrels – red, and sometimes even black, as you walk through the woods. Active children will enjoy letting off steam at Norway Park – a rope park high in the trees. 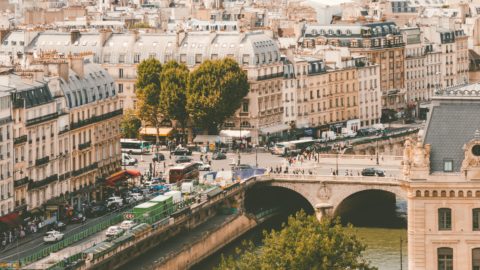