Tell me about yourself and the work that you do?

Basically, I help people to be literate about the questions that the future asks us. People call me a futurologist – which I don’t like, because that’s about prediction and what I’m about is being future-ready.

For instance, if you’re an insurer and on the one hand you’re being asked to insure a coal-fired power plant, but on the other you’re being asked to underwrite the risk of climate change there’s clearly not much joined up thinking. So, a lot of my work is getting people to think in systems. Another bit part is going and finding people who are coming up with solutions to the systemic problems that we face and shining a light on them. I do that in various ways, a bit of broadcasting, the occasional book, a brace of advisory roles via Atlas of the Future, or the League of Pragmatic Optimists, and full on consultancy

How can we make the future of work more sustainable?

It depends where you’re starting from, clearly there’s a whole bunch of legacy issues both physical and cultural that you can’t just switch off and be environmentally positive tomorrow. But the question we all need to ask is: if you’re not running your business sustainably (or aiming to do so as soon as possible) why not? Seriously, it should be cost of entry for doing business. There’s always the excuse that it’s too expensive – but that’s just not true. In fact, a company that runs itself along sustainable lines outperforms in the market in the long run – there’s lots of research to back that up.

There’s two reasons for this; firstly, the company is starting to think about its own waste and costs and it starts to take that side of things seriously; if it can reduce its electricity bill or its waste – it’s making itself more efficient, which gives it a competitive advantage. It’s starting to think in systems. Secondly, companies that think sustainably tend to attract the best talent, because the best talent wants to work somewhere it can feel proud. So, do your environmental profit and loss accounts; set yourself an ambitious target, and then go and do it. And if you can’t be bothered, throw away the mirrors in the house, because ultimately you won’t like what you see in them.

How will advances in technology affect the human core of business?

As Bill Gates said: “automation applied to an inefficient operation will magnify the inefficiency.”

Quite often we apply technology, thinking it’ll solve a problem, but all it does is replace the existing bad system with one that has got computers attached to it – and now it’s worse! Banks are a good example of this. Technology is not an answer, technology is just a question; I don’t think it helps or hinders – it’s the way that you think about the business that’ll make the difference – that’s the human core, and that won’t change.

How do you see the future of the smaller energy companies, which challenge the ‘big six’, growing?

We used to run the world on economies of scale – we still do to a certain extent. The idea being, that we’d make all our energy in a big factory and call it a power station; educate all the kids in a big factory called a school; and get all the old people in a big illness factory called a hospital – that used to be the most efficient way of doing things with the technology available at the time. Over the next 20 years we will be moving to a world run largely on economies of distribution, where the distributed systems can outperform – thanks to technology – what the old hierarchical centralised systems could do. And a good example of this is energy.

If you look at what’s happening with wind and solar power, it’s become so cheap in some countries to create your own energy – and because you’re not looking for a profit margin – you can reboot the local economy.

There’s a town in Texas called Georgetown, which has seen 60,000 inhabitants all switching to renewables – and that’s in the middle of oil country. They’re doing it because they’ve worked out that it’s going to be cheaper to use solar and wind than to use oil; and they also realised that they know what their electricity prices are going to be now and 20 years in the future. That’s important. Predictability of energy prices allow people to invest long term with confidence. The great thing about democratising energy is that, because it improves the local economy, it allows communities to start investing in the things their government may have forgotten to: health, education, opportunity, jobs.

Over the next 20 years or so, energy systems will ‘Airbnb’ themselves, and the countries that embrace this the quickest will have a huge competitive advantage. That’s what Germany’s doing now; it’s working its way towards not having an energy bill in 20 years’ time, whereas Britain’s energy policy is a complete shambles. In the UK, our politicians have no vision of the future, because they’re trapped in a system of party politics that precludes co-operation and inclusion. It’s one of my long-term projects to do something about that. Wish me luck.

What do you think that the future of work will look like?

There will be a lot of jobs going to automation – and the future of work will be tied up with the future of everything else, particularly education.

It could go one of two ways – what I’m worried about is the transition. Everyone talks about how technology steals people’s jobs; when actually, it just changes them.

Take the Industrial Revolution, for example – there were lots of farm labourers before, and not many after – but you had a lot more accountants. The problem is that not many farm labourers wanted to become accountants, or if they did, there wasn’t any way for them to do so.

Today, we’ve got driverless technology which is going to make millions of truck drivers, roadside cafés and all sorts of businesses redundant; but there’s no education system that talks about a world where truck drivers don’t exist.

We’re educating people into a world that’s already passed, and that has the potential to be dangerous; we’ll have lots of unemployment and we won’t have people trained to do the highly skilled or high-value jobs.

Hopefully, if we get it right, our future jobs will be much more philosophical and sustainable, focused on governance and the things that human beings should be thinking about – building community. But if we don’t have an education system that takes all of this into account then what we’ll have is mass unemployment and probably a great deal of civil unrest

Are there any businesses, companies or people that you find particularly interesting at the moment?

I think Unilever is very interesting because it’s a large company that has really made a commitment to doing things more sustainably and justly. It’s on that journey and still has some way to go, but it’s succeeding – it’s very impressive for a company of that size. It says to the rest of the world – if Unilever can do it, then you’ve got no excuse. You can’t say you’re too big or you’re too cumbersome – Unilever has got two billion customers…

Hear more from Mark at this year’s Meaning conference where he’ll host a line-up of talks and workshops designed to inspire and galvanise the growing community of people who believe that business has a critical role to play, in creating a more sustainable, equitable and humane world. It’s happening in Brighton, UK on 16 November. Find out more via Meaning. 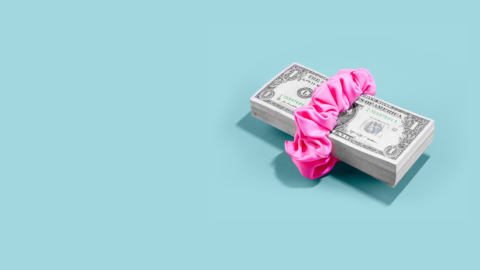