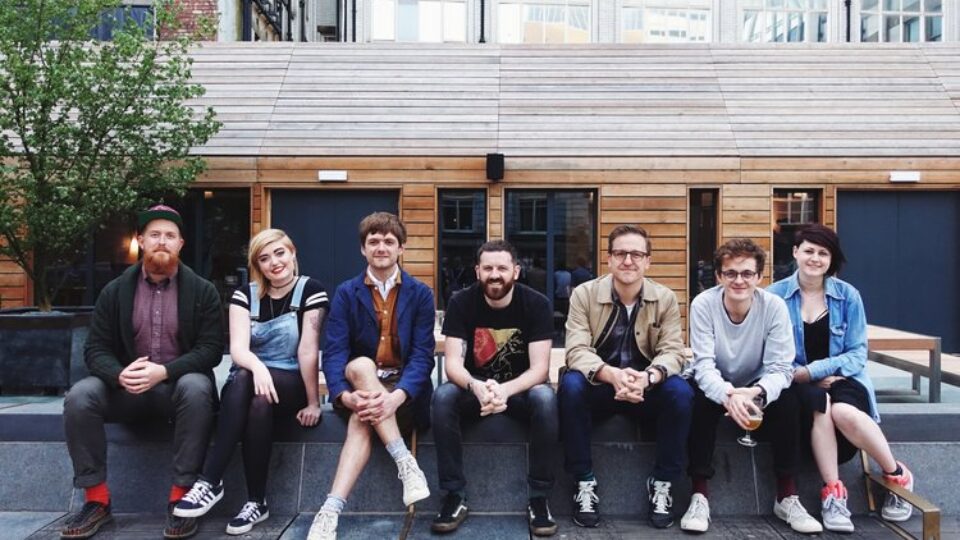 Nestled in the centre of Manchester, sheltered by high rise buildings, is a curious one-storey wooden cabin. This is the Pilcrow Pub and the newest addition to the NOMA area.

There are many lovely projects that we hear of happening around us but the Pilcrow Pub really grabbed our attention. We wanted to find out more about their idea of how they planned to form a close knit community in amongst the hustle and bustle of Manchester.

Why did you choose the NOMA area? And how did you discover the space in Sadler’s Yard?

NOMA is a new part of Manchester nestled in between Victoria train station and the Northern Quarter, it is the home of the co-operative movement and the epicentre of the industrial revolution. This felt like an entirely appropriate backdrop for a community building project. Sadler’s Yard is Manchester’s newest public square and my company OH OK LTD has been tasked with helping them to develop a sense of community there. The Pilcrow project is our answer to the question “How do you build a neighbourhood?”

From where did you source the materials to build the Pilcrow Pub? Did you achieve your goal of ‘the shorter the distance they have travelled, the better we have done our job’?

We have tried really hard to source materials from as close to Manchester as possible and where possible, harvesting our own materials; for example the timber on the top of the bar is from a park in Greater Manchester. The main structure of the building was fabricated in Preston so we did pretty well there. One thing that I didn’t think about at the beginning of the project was the distance we would travel to source the skills for the project. We have been really lucky to find the vast majority of the professional makers and craftspeople right here in central Manchester. The Architects on the Project Northmill are based a stone’s throw from the pub and every piece of furniture was made less than two miles away from the Pilcrow, with the exception of our spun copper table tops which travelled all the way from Bolton.

Tell me more about the community of makers which brought the Pilcrow Pub to life, and why is it important to nurture these skills and crafts?

Our makers are split into two categories, the professionals which lead the workshops and the public who help us build everything while learning some new skills. Whilst I think the idea of keeping disappearing skills alive is really important, I feel that this is a bit of a grandiose claim for the Pilcrow to make, which, in reality, is a very local project. I think the importance of nurturing these skills at the Pilcrow is the sense of accomplishment it has given to the people that have taken part. Making something by hand is a task that not many people do these days and it is something that our volunteers have found very satisfying.

Did you actively seek out people with skills or were you happy to let anyone come in and be part of the process?

Tell us more about the fire and the cancelled launch last October – what went through everyone’s mind, did you think it was over?

This was a nightmare! You can’t plan for this sort of thing at all. Luckily we had made the decision early on to be completely transparent about the ups and downs of the project and people were really understanding when this sent us a little off course. If anything, it made the launch of the project even more special when we finally got there. Although I’d be very happy to have no similar interruptions before the launch! 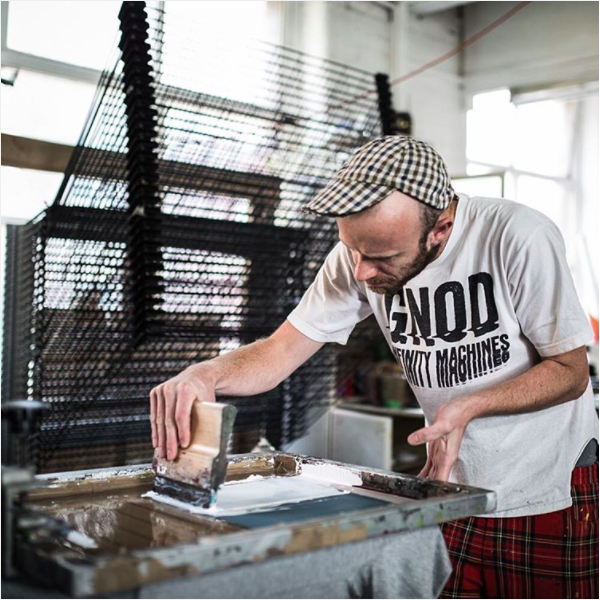 People are talking about a maker movement. Have you seen an uprise yourselves?

There has certainly been an uprise in our small corner of North Manchester! I’m not sure if there is a general shift towards making or not, but there is certainly a lot more people talking about it. Maybe tools like Instagram have just given us an awareness of a movement that was there all along?

Why did you choose to have a temporary structure? And is it important that you can transport the Pilcrow Pub in order to reach different communities?

The site which the Pilcrow sits on is earmarked for major development at some point over the next few years. So instead of making a pop-up pub that would spring up and then disappear we thought we should make a proper pub that can easily be relocated.

Tell me about the Pilcrow Pub’s workshops. Was each one carefully chosen? Did you have certain skills that you wanted to share?

The Pilcrow workshops came about in a variety of ways. Sometimes we had set things that we needed to make, like bar tiles for instance, so we had to find a guy that could help us to achieve this. And then other times we had a skill come to us like willow weaving which we then had to find an interesting way to incorporate into the project. Over all we wanted to make sure that all the workshops are helping us to build a pub and are exploring skills that can be easily shared.

The first batch of workshops were fully booked within one hour. Has the momentum stayed all the way up to this stage?

It’s nuts, the demand for spaces on the workshops has really caught us by surprise. Having people come along to workshops is a great way of helping to keep our momentum. If we are ever flagging and feeling stressed out by the demands of the project having a fresh group of people with new enthusiasm turn up every week is a perfect remedy to remind us of exactly why we are doing this project.

Since the project began, what impact have you seen from the Pilcrow Pub during the last six months of workshops? Are there any defining moments?

When you are working on a long, slow project like this you can get a bit too close to it and don’t really see the evolution happening. Similar to the way you never notice yourself ageing! I’m looking forward to being able to take a step back when we are finished and really assess the impact we have had. What I do know is that we have had a lot of fun and we have made a lot of friends along the way. There is a real sense of community around the Pilcrow now which is lovely.

What’s next for the Pilcrow Pub?

It will be a pub just like any other but with a pre-existing community of people that feel connected to it. And one hell of a story, of course.