Oslo Innovation Week highlights 12 ‘Gutenberg moments’ creating a seismic shift in the way our world works, and takes up the mantle on the UN’s sustainable development goals, says Fiona Shaw.

Bringing a crowd of 10,000 of the world’s most innovative minds to Norway, Oslo Innovation Week’s focus for its 14th incarnation is on sustainability, backed by the country’s early grasp of the UN’s sustainable development goals.

Norway has the world’s largest sovereign wealth fund, totalling more than $1 trillion in assets, created from its vast oil reserves – which is invested in around 9,000 companies in 72 different countries. And – while approximately 40% of Norway’s exports are fossil fuel-based and a significant part of its GDP comes from offshore oil and gas – it is using the profits from those industries to move away from its traditional reliance on the sector. Earlier this month, it announced that it wants companies it invests in to follow stricter guidelines on global sustainability, strengthening efforts to combat plastic pollution of the oceans.

As the country alters its economy towards sustainable energy, becoming a leader in sustainable development and energy efficiency Oslo has been awarded the European Green Capital Award for 2019. Governing Mayor Johansen puts it down to “a combination of good environmental results and ambitious climate goals. It’s a great recognition of Oslo’s track record for adopting environmental targets and delivering on them,” he says.

And businesses across the country’s economy have taken on the challenge of the UN’s 2030 global development agenda by adopting the SDGs, sharing an ambition to support the transition to a low-carbon, sustainable Norwegian economy.

Entrepreneur and start-up director for Innovation Norway, Pål T Næss says the city has become “one of Europe’s leading hubs for technology, innovation and entrepreneurship – full of companies that grow, hire and contribute ideas, products and services where sustainability is the driver. We need the world to know about these solutions,” he says.

Næss says the main technological drivers creating a sustainability shift are the ability to solve everything via the SDGs. “They change how companies develop, and how we invest in them. We invest in the companies that do good – not just for the environment, but because it makes sense, business-wise,” he says. “But trust and openness are a part of our cultural DNA, and perhaps our biggest advantage in our effort to build word class sustainable development companies.” 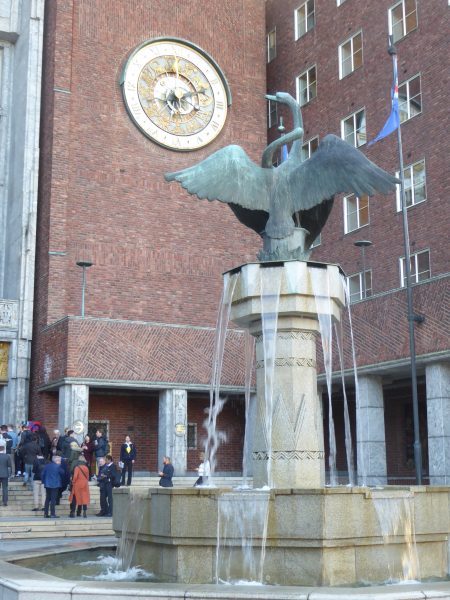 Innovation Week’s launch kicked off with investor, mathematician and entrepreneur Silvija Seres describing the 12 ‘Gutenberg moments’ – or themes – that will form the basis of the week’s talks, workshops and events.

The idea stems from Johannes Gutenberg’s first printing press in the 1450s, describing the dramatic shift Gutenberg’s press has on society in the late Middle Ages. Before his machine began inking cast-metal type, scribes would copy text by hand, page by page – making books so slow and expensive that only the rich could afford them. The mass production of books ushered in a new area of democratised book ownership and borrowing – and its associated knowledge.

The 12 ‘Gutenberg moments’ we’re seeing at the moment – where “technologies are maturing at hyper speed,” she says, are AI and big data; robotics and automation; biotech; energy, smart cities and smart houses; 3D printing and nanotech; networks and sensors; digital medicine; fintech and edtech; virtual and augmented reality; genetics; transport and drones and blockchain.

Seres – born in the former-Yugoslavian city of Novisad, but a 30 year resident of Oslo – says that “the city continues to amaze me with its ambition and inclusiveness and curiosity. One of the reasons it has become the most vibrant innovation centre in Europe is because of way that people are connecting across silos and disciplines – public and private sector – in one of the youngest capitals. It pulsates with curiosity for the future – an amazing amount of new technology is being developed here,” she says, at Oslo’s 22 incubators. “But smart cities are no good if they’re not happy cities and inclusive cities and inspiring cities and bold. Why is it a smart city? Because it cares, dares and delivers.”

Those ‘Gutenberg moments’ will lead to a “huge transformation of not just society but value chains because of breakthroughs across disciplines,” she adds. “What we’ll see is humans working in collaboration with these amazing new tools. We have to be very conscious of our humanity to know what we’re really good at, compared with what the machines are good at. Our openness, community and trust will be challenged by the polarising nature of digital breakthroughs. We have to be conscious of our humanity, and what makes us different.”

It’s those human stories that Birgit Liodden, Oslo Business Region’s director of sustainability, ocean industries and communication, most hopes visitors to Innovation Week will take away with them. “We want to contribute with the human aspects of innovation and technology and start up life. There’s currently a lot of stress and big changes and a focus on tech seeming to be a threat for humanity. We want to emphasise the human elements. How can we use these changes to build a better society? A more inclusive, warmer society that gets the best out of all human beings? How can we use new mindsets to stop people falling outside the system? Everybody has something to contribute with.” Indeed, the Norwegian word dugnat – or collaboration – is one of the recurring themes of the week. “They have a role to play,” she says. “We can use technology to enable everybody to contribute, and bring people together across cultures and backgrounds and age and gender.”

One of the reasons Liodden points to as key to Norway’s embrace of the SDGs is that they don’t exist in isolation. “What we have done so far – and we are quite ahead – is make sure that lot of the most vocal and visible business leaders have really talked up the SDGs. They’re really owning them and engaging and inspiring people to follow their lead. People working towards the SDGs don’t working separately – people have tried to work very much across sectors to get the message out there. Our prime minister has even initiated funding the ocean part of the platform. And some of he most powerful business leaders have changed their businesses to deliver by themselves on the goals. But most important – and this is the core of how Norwegian society works – we use collaboration to reach community goals. That is what is driving the sustainability movement. We’ve put together initiatives that work as clusters – big companies; small companies; government, organisations that unite people like volunteers and NGOs.”

While in the UK it seems that businesses are struggling to see how they can get involved – particularly smaller businesses – companies from across the spectrum are picking up the mantle in Oslo. Norway 20 30 40 is a business-led climate initiative to accelerate the transition to a low carbon economy and support the government’s climate goals, while work in its capital continues to prepare Oslo as European Green Capital for 2019. It’s “working to address unsolved problems relating to climate and sustainability; hands on activity,” says Liodden. 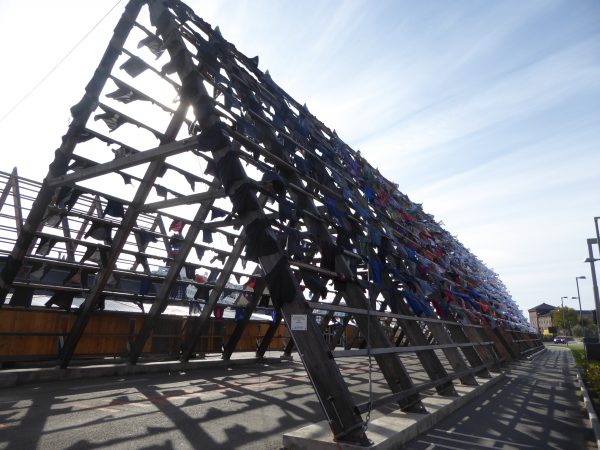 The city has also successfully clustered solutions to meeting SDGs. “We’ve mapped out where each and everyone can put in their energy and initiatives and resources,” she says. “We’re ants, all making small initiatives, all moving in the same direction. Because we’re not very hierarchical, and don’t have formal structures, good ideas can come from the grassroots – from young people, or junior resources. And then more seniors people with the power can make the change and pick it up.”

The ability to get on with it is much responsible for the pace of change. Liodden says: “We’re not waiting for someone else to take the lead. That’s quite embedded in Norwegian society – we’re all responsible. We don’t have a history of an upper class, and we used to be a very poor country so there was always a need for everybody to chip in and play a part if we’re going to survive – farmers or fisherman. Small acts that creates waves.”

And, while she admits that not everyone on the street would understand what the SGDs are all about – “the term can be vague or not so easy to understand,” she says. “But ask people about climate change and pollution and waste problems and you’ll hear strong opinions and commitment.

“We have a ‘pay it forward’ mentality. We don’t just want to take. Our contribution can be to deliver a pilot test bed city for other counties to find inspiration to share. We can showcase a positive adaptation of a sustainable city. There are obstacles and bottle necks we have to resolve, but we can invite all the creative good thinkers to come here. We don’t have all the solutions, but we will up for the ability to do that. To talk about and find solutions that can be adapted and carried through by other cities. And to talk about the possibility of solutions and hope. This is not hopeless.”

For the last decade Oslo has been working in a creative alliance with Austin, Texas, and London’s borough of Hackney. “We have so many problems on so many levels that we can’t just compete,” says Liodden. “Creative cooperation is the key. We have to work together and inspire each other, challenge each other and support each other. No one country or city will solve these problems – we need a world of human beings working forward at the same solutions.