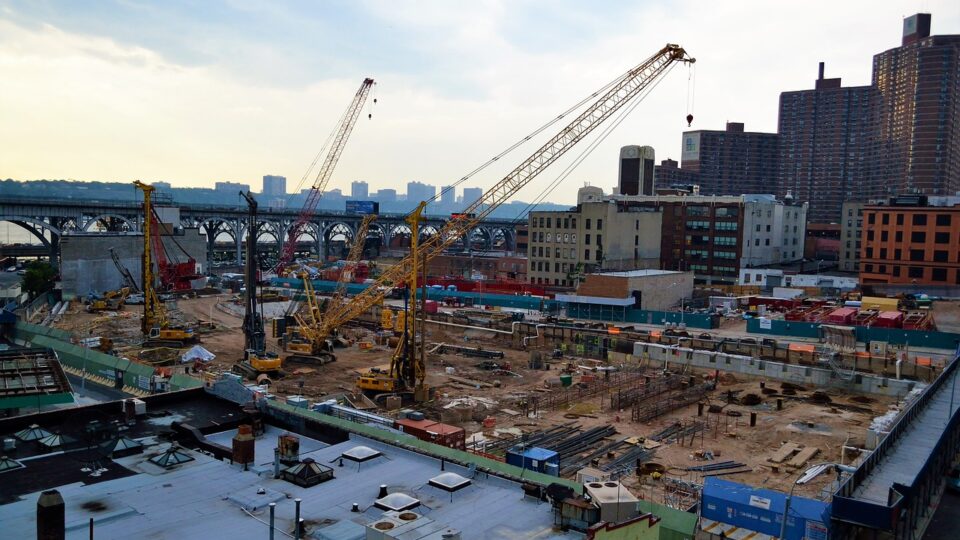 It’s the word on everyone’s lips, the 21st century boogeyman coming to destroy communities and replace them with soul-less yuppiefied ‘urban centres’, or is it? Is gentrification really a debilitating issue; does the term connote more complicated issues? Or, can gentrification be a force for good for declining areas around the world? We asked two experts for their insights…

Gentrification in the United States is more often used as an epithet than as anything with any analytical rigour. We think we know what it means when we use the term, but in fact we don’t. We’ve done some more research on this topic, that is to say when money starts to move in to urban neighbourhoods. What we now know is that in fact the predictable dynamics – the things that we thought we’d expect to have happened – don’t necessarily happen.

There was a big study done by the Philadelphia branch of the Federal Reserve Bank on neighbourhoods in Philadelphia and it discovered that in so-called ‘gentrified’ neighbourhoods – people were not leaving. There were some issues about rising property taxes, but it was not the simplistic idea that ‘money moves in, and the people who already live there get pushed out’; it just doesn’t seem to happen. That’s one way to look at this issue.

Looking at urban problems in the United States and the challenges that cities face – I wouldn’t put gentrification on the top five list of things to worry about. I think that has a little to do with how we measure the dimensions of changing neighbourhoods – how do we measure them geographically? How do we measure them chronologically? If you begin to measure geographically, what you begin to discover is that American cities remain places of crushing poverty and places where the systematic disinvestment in neighbourhoods remains a grinding challenge. In some cases, that disinvestment goes back at least 50 years – in some neighbourhoods even further back than that.

If you measure this chronologically, what you’ll discover is that urban neighbourhoods are always in flux. If all you’re concerned about is what’s happening right now, then you lose perspective of historical cycles. Again, a study in Philadelphia said that measured over time – we’re talking decades – neighbourhood real estate values have a tendency to revert to the mean; some decades they go up, some they go down, and so on and so forth. One of the problems in the way that we talk about gentrification is that it doesn’t pay attention to these larger urban dynamics that transcend whatever our particular concerns are at this very moment.

The problems of gentrification are the problems of a very few places in the United States. If we look at the entire landscape of urban America and recognise that Park Slope Brooklyn and Seattle are in someways the outliers, what you’ll see is an urban landscape where some people would kill for some gentrification. I’m sitting here in the Rust Belt, and the urban centres in these parts are still experiencing that systematic disinvestment associated with post-war deindustrialisation. Dayton Ohio, Scranton Pennsylvania, Garry Indiana – all of these places which were once small scale industrial neighbourhoods – and you have a handful of these in the North of England as well – where the populations are still dropping, where the infrastructure systems are still in bad shape. You begin to wonder whether this talk of gentrification amounts to people of Park Slope Brooklyn writing about their difficulties getting an affordable apartment.

Dr. Steven Conn is the W. E. Smith Professor of History at Miami University in Oxford, Ohio where he teaches courses in American history.

Gentrification is an ambiguous term and diverts attention from the real problem that neighbourhoods are facing in cities all over the world. People are being displaced – forced to move by economic and political forces beyond their control – from places they value and have deep attachments to. This forced migration leads many to abandon jobs and locally-owned businesses. For the privileged few who have many alternatives, moving is often an adventure, but to working people with limited incomes and few options it is a huge burden. Displacement is especially problematic when, in our racially and ethnically segregated cities, those displaced are disproportionately people of colour and immigrants.

‘Gentrification’ suggests a slowly-moving, natural process of urban change. We are told that all neighbourhoods and cities change and that is what makes them so interesting and dynamic. But the issue for most isn’t gradual change. Those who are fighting ‘gentrification’ are usually up against big investors, real estate speculators and developers, who usually have political as well as economic capital. They see local zoning and housing regulations that once protected them, undermined by powerful real estate interests. The problem is not change. The problem is that long-time residents have no say in making change.

The debate over gentrification is dominated by neoclassical economists who believe that there are natural laws governing urban development. They overlook the huge surplus of money that is flooding cities all over the world. They belittle local regulation and planning that helped shape cities into liveable habitats, denouncing all those opposing the free flow of capital as nostalgic and NIMBYs – ‘Not In My Backyard’ advocates.

There is a lot we can do to shape our neighbourhoods and cities without excluding new arrivals. I support the many neighbourhoods in New York City where long-time residents, homeowners and renters, are organising to stop displacement. They are fighting speculators, unscrupulous landlords, and rising prices. These are disproportionately working class neighbourhoods and communities of colour, which have a long history of displacement at the hands of public and private sectors. They often denounce gentrification but when we dig deeper what they really oppose is displacement.

What can we learn from them? First, residents and locally-owned businesses need to talk with each other and organize; breaching age, ethnic, racial and language barriers. Everyone needs to learn from the histories of citizen action. Secondly, saving your home also means fighting against the shrinking public domain, as speculation and upscale development correspond with the privatisation of public services. Third, we need to demand housing as a right, understanding that ‘housing’ is more than shelter and encompasses community. Fourth, we need to heavily tax and strengthen regulations against real estate speculation. Fifth, we need to strengthen local democracy by making our governments participatory and socially responsible. Finally, in our increasingly global cities, remember that race matters.