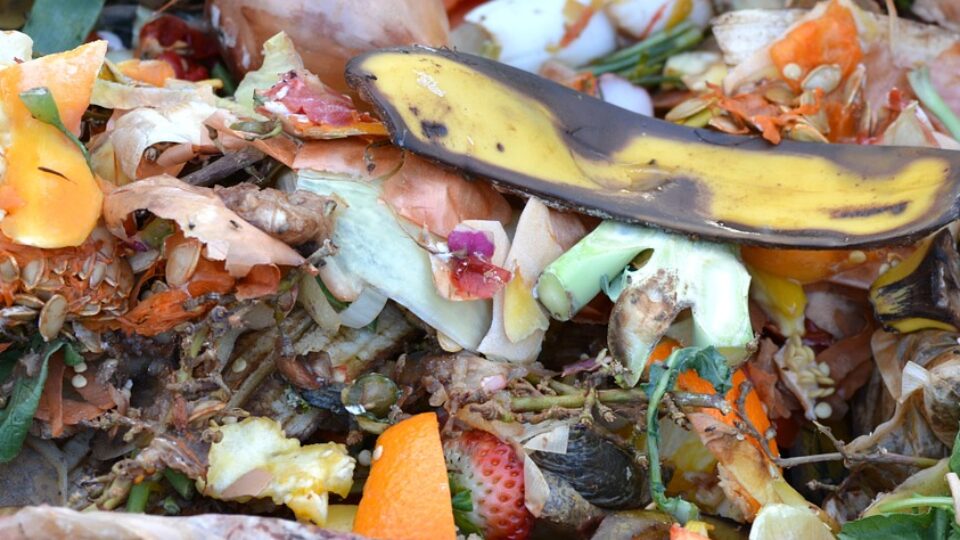 We throw away one third of our food each year. Lucy Chesters speaks to Food for Soul and the Real Junk Food Project, to find out how recovering surplus and wasted food is imperative to combatting our food waste problem.

Each year, one third of food produced for human consumption – roughly around 1.3 billion tonnes – gets lost or wasted, according to the Food and Agriculture Organisation of the United Nations. This figure translates at around $680 billion USD in industrialised countries, and $310 billion USD in developing countries – yet, both waste nearly the same quantity of food each year, 670 million tonnes, and 630 million tonnes, respectively.

To put these figures into perspective: each year, rich countries waste as much food as the entire net food production of sub-Saharan Africa. Wasted food in Europe could feed over 200 million people, if it was saved from going to landfill; and, if just one quarter of global food waste was intercepted, it could feed 870 million people worldwide.

In the UK, it’s the equivalent of each household throwing £470 in the bin on an annual basis.

But, with an ever-increasing reliance on supermarkets for our food – one of the biggest contributors to food waste and food surplus –  how can we hope to combat our spiralling food waste problem? The answer: education and legislation.

Food waste is defined as food which has been discarded or uneaten and can occur at any stage of the food supply chain. One farmer’s bad harvest, could mean that an entire season’s crop is lost. Supermarkets which refuse to display ‘wonky veg’ due to aesthetic regulations means perfectly safe and edible food is lost. And consumers scraping their leftovers into the bin after a meal is all factored into the official food waste figures. With a growing scarcity of cultivatable land cropping up around the world, our food waste problem is one that urgently needs to be addressed.

In 2015, the World Expo in Milan announced its theme: Feeding the Planet, Energy for Life, a unique global dialogue around the future of food production, relating to key areas such as: agricultural policy, food security, sustainability, rural development, territorial governance, nutrition and well-being. The expo was to showcase some of the best chefs in the world, with countries clamouring over themselves to announce the chefs that they would be sending along, and the pop-ups that they would be promoting.

Massimo Bottura was one of those chefs. Recognised globally as one of the world’s best chefs, Bottura is the chef-patron at Osteria Francescana, a three Michelin starred restaurant in Modena, Italy – one of only 136 restaurants in the world to hold the highest three-star accreditation.

In the introduction to his cookbook, Bread is Gold, Bottura describes his initial reaction to the expo: “We started receiving requests: can you cook here? Can you set up a pop-up? At first, I was flattered and then unsettled. I realised that no one was asking us chefs for our opinions or our ideas. No one was asking us how to feed the planet.”

With this very much in the forefront of his mind, Bottura began working with Davide Rampello, a notable Italian designer, and Caritas Ambrosiana – the biggest Catholic charity organisation in Milan, to create a fringe event which would take the surplus and wasted food from the expo and transform it into hearty meals for those in need. Within a week, Bottura had secured a venue – the Teatro Greco, an abandoned 1930s theatre in one of the poorest quarters of Milan – and the Refettorio Ambrosiano was born.

The Refettorio Ambrosiano ran alongside the World Expo for its six-month duration, and during that time, Bottura invited over 65 international chefs to work with him in the forgotten suburbs of the city, to create 10,000 meals for local children, homeless people, and those in need in the community. Using only offcuts, surplus, and wasted food from the World Expo, 15 tonnes of food was salvaged in total.

“Working outside of our restaurant kitchens, with ingredients we did not choose, pushed our limits and our skills and forced us to rethink the lifecycle of food,” says Bottura. Over the six-week period, world-famous chefs joined Bottura to think outside of the box, and created meals using otherwise wasted ingredients, such as broccoli trunks, carrot peels, bruised bananas and misshapen fruit and vegetables.

Refettorio Ambrosiano was the beginning of Bottura’s journey to highlighting the world’s food waste problem. The refettorio was proof of concept that community action like this is needed, and that it works. It still opens its doors every day; it’s powered by the local community, for the local community and it’s only possible because of the local community – you’ll find it nestled in the Milanese suburbs, serving the city’s homeless, five days a week.

In 2016, alongside his wife Lara, Bottura founded Food for Soul, a non-profit organisation which aims to empower communities to fight food waste through social inclusion. Both a continuation and evolution of the Refettorio Ambrosiano, the project encourages public, private and non-profit companies to collaborate in creating and sustaining community kitchens around the world, bringing together creative professionals from across the spectrum, to find an alternative approach to community projects.

“The mission is a change of mindset,” says a representative from Food for Soul. “That’s the reason why it’s not a charity project, but a cultural one.

“Taking the Refettorio Ambrosiano as an example – it was more than just recipes, it was how the chef of everyday faced the challenge. Many chefs came along with their own recipes, but they couldn’t apply them at all, because they had to just choose what was available at the time of their arrival,” says the representative. “A food truck arrived every morning, and the chefs had to create a menu from the ingredients on the day.

“Many of the chefs found the solution in childhood memories – especially the Italian chefs. We have a tradition in Italy, called ‘cucina povera’, – the tradition of recovering everything and not throwing anything away; using the best of each ingredient in every stage of its life span.”

Today, Food for Soul operates four refettorios around the world, all with the same aim – to feed the local community, and to educate people on the importance of eradicating food waste.

Read the rest of this article in Ethos issue 06