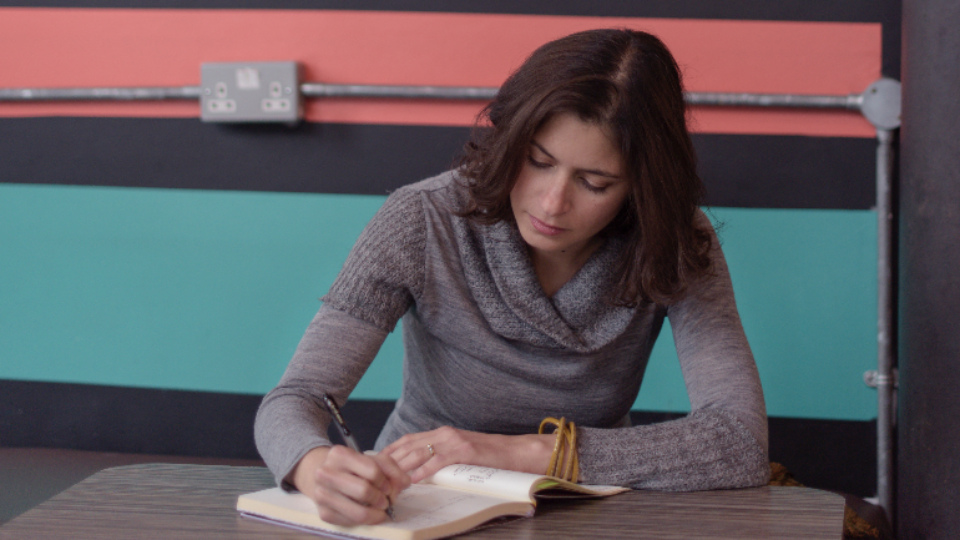 It’s Daianna Karaian’s job to be inspired – and inspiring. The business she co-founded, Today Do This, helps people start the change they wish to see in the world. She tells us what inspires her, how she got started, her hopes and priorities

Today Do This provides tools and training that make it easy to kickstart whatever change you want to see in the world. We work mainly with companies, helping employees connect the organisation’s social aims with their own day jobs to spark practical, meaningful action. We want business to be part of the solution, we want people to feel a sense of purpose in their work, and we want to make a tangible impact.

Our tools are available to individuals on todaydothis.com, and we often partner with like-minded conferences and communities to make sure ideas and conversations are turned into action. Most importantly, through our buy-one-give-one model, we donate resources to schools and youth organisations to empower a new generation of doers.

There’s a gap between intention and action that stops most of us doing something about the things we say are important. Fear of failure, not being sure where to focus our time and effort, the feeling that we’re too small to really change anything – Today Do This breaks down these psychological barriers to get people past the hardest part of taking action: getting started.

The seed was planted in November 2016. As a dual British-American citizen, the fallout of the EU referendum and US presidential election had left me bereft. But I soon realised that all my tears and social media rants weren’t really achieving anything. So I sat down with my most creative friend, Robbie Dale, and we set ourselves a challenge: What could we do to make this messed up world a little better?

We started with a guerrilla campaign to remind people that we’re all in this together. We printed ‘A place for…’ on a few hundred sheets of paper and folded them into small place cards (the kind of thing that marks your place on the table at a wedding). Below that, we scribbled all sorts of stuff – everyone, you, immigrants, refugees, redheads, cat lovers…

We put these all over London, in cafés and pubs, on store shelves and public transport. We made it easy for anyone who found one to go online and make their own. We asked people to share photos of any place cards ‘in the wild’ on social media. Within days, we saw them pop up as far away as the US, Russia, the Netherlands, the Philippines, Colombia and Zambia. We were contacted by major media outlets. We were asked, “What next?”

So, we resolved to do more. I read some history, Robbie read some psychology, and together we came up with a toolkit inspired by Martin Luther King’s ‘Six Steps of Nonviolent Social Change’ and informed by behavioural science. It’s an envelope filled with six simple tools to help anyone who’s thought about changing the world but isn’t quite sure where to start. This kit now sits at the heart of Today Do This.

03. What has been your favourite project of the past year that you’ve been involved in, or the most surprising thing that’s happened to your business?

Out of the blue, I got a call from one of the graduate students at Saïd Business School at the University of Oxford. He’d heard a podcast episode I appeared on months earlier and wanted Today Do This to fill a gap he and his classmates were struggling with: What could they do during their MBA programme to ensure they would make a positive social impact in their careers?

Having got my own MBA ten years earlier, I knew how hard it can be to put social good at the centre of conventional finance, operations, marketing, procurement and HR roles at traditional companies. So I jumped at the chance to work with future titans of industry to make sure they’re ready to start making a positive impact from day one.

Not only was this our first workshop with a university; it was also our first online session, coming as it did in the middle of the pandemic, which meant we had participants joining from all over the world. Two of my favourite comments were, “I thought it was accessible to everyone, no matter where they are on their social impact journey” and “It feels great and very empowering to start doing things immediately within the space of the workshop.” Those are things we pride ourselves on, no matter who we’re working with.

So many students – no matter what their chosen career path – are trying to answer that same question: How will I make a positive impact in my work? Now that we know our model works for universities too, I hope to work with a lot more of them.

04. What are your priorities and hopes for the next year?

I hope all the progressive movements that have grown over the past year – fighting the climate crisis, racial injustice, attacks on democracy – will move from the streets into our daily lives.

Peaceful protest plays a crucial role in changing hearts and minds, but the real change happens when we all show ongoing commitment to these causes in the way we spend our time and money, focus our skills and talents, behave at work, at home and in our communities.

My priority is to help as many people as possible make the transition from interest and intention around these issues into action.

05. Who and what inspires you?

All the young people speaking out and rising up – from Hong Kong to Washington D.C. and dozens of places in between. Their drive to close the gap between what is legal and what is just sits at the heart of democracy and human progress.

06. What are the five most interesting things that you’ve listened to or read recently?

I recently joined a book club, a first for me. It’s called ‘Read A Book! With Kara’ and I couldn’t resist her pitch online: “I’m starting this book club because stories help you not be an asshole and it’s important to know what you’re talking about.” Can’t argue with that. My favourite book so far has been Their Eyes Were Watching God by Zora Neale Hurston.

Another first: I started writing a book. It’s a children’s story inspired by the Coretta Scott King quote, “The greatness of a community is most accurately measured by the compassionate actions of its members.” I’ve been reading a tonne of picture books as part of my learning, and the one I’ve loved most is Extra Yarn, a story about generosity written by Mac Barnett and illustrated by Jon Klassen.

I bought a record player last year and have since discovered a real fondness for unusual box sets. My most prized one is a replica of the Voyager Golden Record which was launched by NASA into interstellar space in 1977. Meant to tell the story of Earth to any extra-terrestrial intelligence who might find it, it features everything from Beethoven to Chuck Berry to bird sounds to greetings in dozens of languages.

In fact, Radiolab told the story of the Golden Record in a beautiful podcast celebrating the 40th anniversary of the Voyager mission back in 2017. It’s worth listening to in its own right.

Another podcast I recommend is 2269. I may be biased (I’m on their advisory board and appear in one of the episodes), but it’s got a brilliant premise (not dissimilar to the Voyager Golden Record, now that I think about it). It’s an audio time capsule to be opened at a worldwide party being planned for the year 2269. It’s got all the elements of a great party: music, games, toasts, stimulating conversation. And you don’t actually have to wait 250 years to listen to it—it’s available now in your favourite podcast app.

Dreams as big as the universe achieve nothing on their own. But the tiniest of actions can make a world of difference.

A lot of businesses are facing big challenges with team cohesion and morale. All the furloughs and layoffs, the stresses and strains of working from home while juggling childcare, the lack of chitchat over coffee or between meetings which shapes culture and sparks ideas – they’re all taking a toll.

Likewise, companies will have to reassess their responsibility to their people and their communities. Have they acted in good faith? How will they keep and grow their talent in a world that looks very different? People will remember how companies behaved during the pandemic when they make choices about where to work, who to buy from and what to invest in.

09. Do you think that people think differently about business now, or are looking for other things from the brands that they engage with?

Thinking back to 2019, the wheels of change were already in motion on issues like workplace diversity, socially-responsible investment and environmental stewardship. All of these were the result of years of consumer and employee pressure on brands to do less harm and more good. Despite the grand pause on nearly everything, I think the pandemic has the potential to turbocharge these changes.

You can see it happening in the drive to support Black-owned business in the wake of the George Floyd killing, and in the billion-dollar write downs of oil company assets this year. People are watching companies more closely than ever, making sure that the things they say match the things they do. It’s about time.

Daianna Karaian has worked in sustainability across business, government and nonprofit for nearly two decades. Growing impatient at the slow pace of change, she set out on her own and launched a few ideas – including a sustainable lifestyle magazine and a matchmaking service connecting social entrepreneurs with creative talent. Having honed in on the overlap between what gave her energy, what the world needs and what the market wanted, she co-founded Today Do This.