Our understanding of the world is forged by the images around us. Online; in print – the photos that leap from the page tell their own story. Yet, without the luxury of a photoshoot, you’ll notice a distinct lack of diversity. Created to ‘challenge the stale, homogenous look of traditional stock photography’, TONL launched last year, with a mission to educate and inspire. We caught up with one of its founders, social entrepreneur Karen Okonkwo.

“I was bothered by my inability to find diverse imagery in my former business,” says Okonkwo, who spoke to creative and photographer Joshua Kissi about addressing the problem. The two sat on the idea for several months; it resurfaced, says Okonkwo, “when Joshua started to feel bothered by the killings in the black community by police and the negative narratives conveyed about the victims.” TONL, a modern twist on the word ‘tonal’, refers to different skin tones and the cultural, social and racial diversity it showcases.

Seattle-based Okonkwo is a serial entrepreneur, while New York-based Kissi co-founded creative agency Street Etiquette. Okonkwo says: “It felt good embarking on such an impactful business together. So many people are tackling society’s racial challenges – whether through protest, petition or something else. TONL is our way of addressing underrepresentation and misrepresentation of races and faces not seen in the best light by the media.”

Okonkwo says the pair has been overjoyed and humbled by the response. “Everybody understands the relevance. We knew that we would have a large black community supporting us, but the white community has been neck and neck.

“We seek people who are different and inspiring to share their story,” she says. “An albino woman named Nodumo asked us if we had any images of albino people. Being new, we hadn’t, so we’ve made her the first albino person we feature. We’ll continue to seek out people with unique stories to help educate the world.” 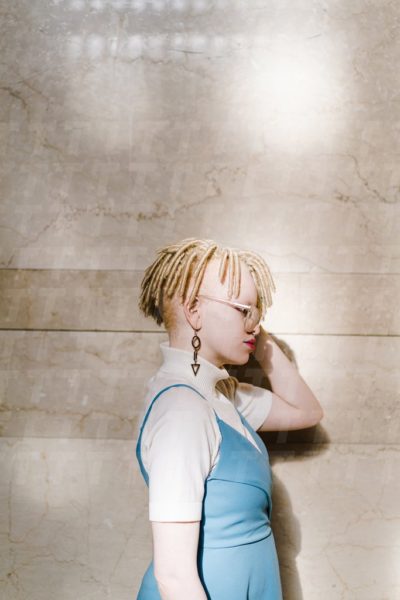 Find out more at tonl.co