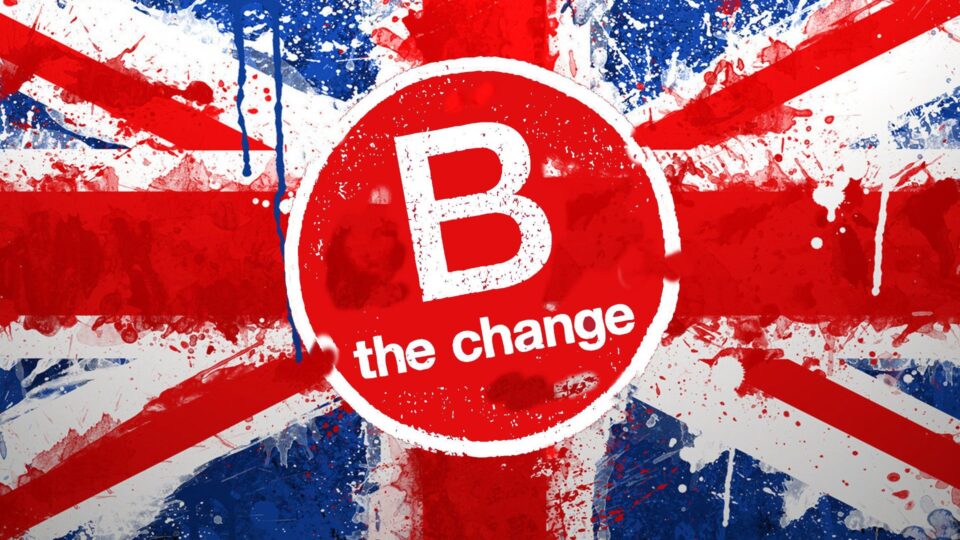 B Corps are changing the way business is done in the US, says Patrick Hurley, but how will they fare when they launch in the UK this year?

“We shape our buildings and afterwards our buildings shape us,” Winston Churchill mused, following the rebuilding of the House of Commons after a direct hit during the Blitz. But it could easily be applied to the structure of the corporate world – back in the nineteenth century, we shaped our companies; ever since, they have shaped us.

The primary duty of a traditional limited liability company is to provide financial return to its owners. It’s not just a matter of custom and practice; it is the law. Deviate from it as a CEO, and you’ll see your shareholders sue you. So what’s to be done? Enter the concept of the ‘B Corporation’.

First appearing in 2006, B Corporations changed the traditional company model, regulating rigorous standards of social and environmental accountability, performance and transparency. “What we’re working on are things that don’t typically get people jumping off their seat with B Corporations’ first standing ovations,” says Jay Coen Gilbert, one of the brains behind the B Corp concept. Gilbert has a nice line in self-deprecation, but what he’s been working on for the past ten years or more is exactly the sort of thing that – when spoken by the likes of Russell Brand, it does get a certain sort of person jumping off their seats. Gilbert, along with long-term friends Bart Houlahan and Andrew Kassoy, is working to overthrow the sort of shareholder capitalism described above. And, what’s more, he’s doing it from the inside.

These three men made their fortunes independently, simultaneously realised that money isn’t enough, and joined forces to set out to remake a better world with a better ethos. It’s the guiding philosophy behind B Corps, and is changing behaviour in the corporate world for the better. The ‘B’, broadly, stands for ‘benefit’, but they’re also keen to avoid too narrow a description – the idea being that it brings benefits to all stakeholders, not just shareholders.

Gilbert, a former co-founder of AND1, a $250m sportswear business, worked with Houlahan and Kassoy to set up B Lab as a registered non-profit organisation in the US in 2006. Using the logic that if you want to change something, you need to first understand it, they sought to persuade legislators to change the rules of the game for corporations, so that shareholder value wasn’t the only legally-mandated metric of success. Instead, wider considerations would be given the same standing, allowing companies the ability to work ethically in a way that didn’t expose them to legal challenge.

The rationale behind this attempt to change behaviour by changing structures is simple, if depressing. As Gilbert says, “We have no choice but to harness the power of business to solve social and environmental problems.” National governments seem unwilling or unable to make the necessary changes; all but a few charities are too small to have mass impact; international negotiations don’t look to have worked like promised. So what is there left? Essentially, Gilbert is

arguing there is no alternative. It’s either ethical business or it’s nothing.

Formed in America in 2006, B Lab is a non-profit organisation – a 501(c)3 in the US jargon – with the aim of creating and serving a global movement of ethical entrepreneurs. B Lab pursues three different strands – getting legislators to pass new laws to create the structure that allows a new type of corporation to come into existence; offering business support on how to attract customers, capital and partners; and providing an objective impact measurement tool to measure non-financial success.

Since the first ones were formed in 2007, there are now over 1,000 businesses which are certified B Corporations. They are held to high ethical standards through impact measurement, with their certification at threat if they fall below standard. This kitemark-style arrangement guarantees that supply chain partners, staff, and customers are dealt with in an objective, fair way. It guarantees that environmental concerns are built into companies’ DNA in the same way the profit motive has been since Victorian times.

Etsy, the online marketplace for handmade and vintage goods, is a B Corp, fully certified as having ethical values embedded in it from top to bottom. Ben & Jerry’s is a B Corp. As is Change.org. And as are hundreds of other companies you’ve not heard of yet.

It’s not just a US thing either. Since 2012, there have been B Corps in Africa, India and across the globe. And the reason we’re profiling them? They launch in the UK in September 2015 with 50+ founding UK B Corporations.

We did wonder what the demand for the scheme might be in the UK, where we already have Community Interest Companies to provide the necessary legal structure that has been a driving force for B Corps elsewhere. We already have an industry building up surrounding Social Return on Investment measurement. And there are business support schemes, of admittedly varying quality, throughout the country.

So we put the point to James Perry, co-ordinator of the launch of B Corporations in the UK, when we caught up with him. “In the UK, we have 2.7 million companies limited by shares, who are operated for the benefit of shareholders. We also have 300,000 social sector organisations, such as registered charities, Community Interest Companies, Industrial Provident Societies and so on.” But what do B Corps bring to the table that these lack? “B Corporations bring the ability to use the power of business and access capital markets whilst intentionally creating social and environmental value, with the social and environmental performance being measured. Last year the G8 Taskforce on Social Impact Investment identified this as a gap in UK corporates. B Corporations fill that gap.”

At the time of writing, B Lab UK has an application pending with the Charity Commission, with the aim of supporting the growth of the UK B Corporation community. If the application is accepted, B Lab UK will be both a company limited by guarantee and a registered charity, allowing it to fulfil its remit and potentially become a significant player in the UK business sector.

Whether or not the B Corps concept takes off in the UK, its existence is further proof that there is dissatisfaction within the wider corporate world of the benefits of business as usual. The real value of B Corps could be as another piece of the jigsaw, creating a more ethical business culture, but without attaching blame for the way things have been in the past. By changing the legal structure of companies at the outset, maybe incentives and behaviours will be more aligned to ethical outcomes? If the B Corps concept helps us to shape the businesses of the future, then we can be happy to let the businesses of the future shape us.