← Close quarters
A Day in the Life: Evergreen Insurance →
Champions of the circular economy, Renault has teamed up with the Ellen MacArthur Foundation, to reuse and recycle parts in its vehicles thus reducing waste and keeping everything in the supply chain. Patrick Hurley spoke to Renault’s Astrid De-Latude to find out more…
Share —
Facebook
Twitter
Email
Published —
10.18.17
Writer —
Patrick Hurley
Movement —
Sustainability
Industry —
Automotive , Technology

“Nature produces no waste: everything is reused, composted and digested.” Sounding more like a speaker at an environmental conference than a corporate report from one of the largest car manufacturers in the world, thus starts the short version of Renault’s Sustainability Report for 2017. It continues, “Renault implements the circular economy throughout the various stages of the group’s products life cycle. Renault uses circular economy principles to reduce the use of raw materials, since it provides an economic model that reconciles prosperity and the preservation of finite natural resources.”

It’s certainly a turnaround from the position it took as recently as 2000. Seventeen years ago, its general annual report mentioned the concept only once, and even then, only in the context of sustained growth, rather than sustainable growth. The whole Renault Group has come a long way in a relatively short time. But even then, it was still looking at ways to improve its sustainability and reduce costs into the bargain. We spoke to Astrid De-Latude at Renault HQ to find out more.

“To prevent the depletion of resources,” De-Latude tells us, “we are playing an increasing role in the development of a new manufacturing model – the circular economy – in which waste becomes a resource. That’s why, back in 1995, we began looking for solutions to reduce our impact on the environment and optimize our resource use. The circular economy is one of the solutions we have chosen.”

From first joining forces with former sailor Dame Ellen MacArthur in 2007, several years before she launched her circular economy charity, The Ellen MacArthur Foundation, Renault was a founding partner in the launch of the foundation in 2010. They have now committed to a deeper partnership and a renewed focus on promoting circular economy principles and are proving that there is more to the circular economy than just recycling; there is actually a hard-headed economic rationale for it, which currently generates half a billion euros for the Renault Group every year.

When we spoke to Renault HQ, we got the low down on how Renault has changed its way of working, what’s next on the agenda for its circular economy principles, and how it is meeting drawbacks and challenges head on.

“The circular economy has proven to be a revolutionary concept for Renault,” she told us. “We are now using fewer natural resources in vehicle production by trying whenever possible to replace natural resources with materials that have already been used. More than 30% of the materials in our new vehicles have been recycled, a proportion we aim to increase by 10% in years to come.” Starting with a very abstract notion of how to manufacture vehicles that takes its inspiration from observing nature, Renault has transformed its manufacturing process in recent years, turning used cars, so-called “end-of-life parts” and other waste elements into a resource for the production of new vehicles, and the renovation and maintenance of existing vehicles.

But it’s not just increased levels of recycling that Renault has incorporated into its processes. In the jargon, merely recycling products helps the traditional, linear economy to the exhaustion of natural resources into account; contrast that to the circular economy, whereby resources can be endlessly re-used because of the way in which products are designed in the first place.

A focus on eco-design and a revamped policy from the start of the vehicle manufacturing system means that vehicles are now easy to dismantle in the factory, contain easily recyclable parts and are built using an increased amount of recoverable materials. So much so, in fact, that Renault’s latest figures show that, in its newest cars, well over 1/3 of all materials is as a result of recycling at the point of installation. The circular life cycle of the vehicle materials is maintained after the vehicles are taken off the road too; 85% of all material in Renault vehicles is now able to be recycled, with only 5% of vehicles being made of what the company classes as “non-recoverable” material.

De-Latude explains how this has all been incorporated into how Renault works: “Back in 2008, we set up a separate arm to the business called Renault Environnement, with three subsidiaries called Indra, Gaia and Bone Comenor. These three subsidiaries specialize in vehicle recycling: Indra for lifetime vehicles, Gaia for after sales and Bone Comenor for leftovers. Gaia also coordinates loops management and reuse parts. Gaia is a subsidiary of Renault Environnement, while Renault has interests in the other two with Suez Environnement.”

Renault Environnment controls all the group’s waste materials and it coordinates how the group brings circular economy principles into its process. To help achieve that, the joint venture organisation Indra runs a dismantling centre in France as part of the work Renault and its partners are doing to reduce costs, waste and change its working practices. It doesn’t just recycle parts, it upcycles them too – making best use of previous used machine parts to get consumer costs down; encourage less dependence on raw materials; and encourage consciousness-raising about the environment.

Every year, Renault recycles almost 350,000 vehicles, with parts, machinery, materials and all manner of vehicle extras being brought back to life for repurposing into new vehicles or forwarding on to partners for inclusion in other products. Working with a network of over 300 external companies from its French headquarters, Renault is now making sure that 80% of all the energy, water and chemical products involved in its manufacturing, is saved from landfill. Pre-used mechanical parts from Europe are worked on in the Renault factory in Choisy-le-Roi, where tens of thousands of motors, gear boxes, fuel injection systems and other vehicle parts are renovated, repaired, recycled and sent off to be used again in one form or another.

The Ellen MacArthur Foundation publicises this fact themselves. “Other than being 30-50% less expensive, the remanufactured parts have the same guarantee and are submitted to the same quality control tests as new parts. By prolonging the life of the vehicles, retaining value and saving on energy whilst reducing waste, the factory in Choisy-le-Roi has created a comprehensive circular model. Moreover, this activity involves a skilled workforce and creates jobs locally.”

← Close quarters
A Day in the Life: Evergreen Insurance → 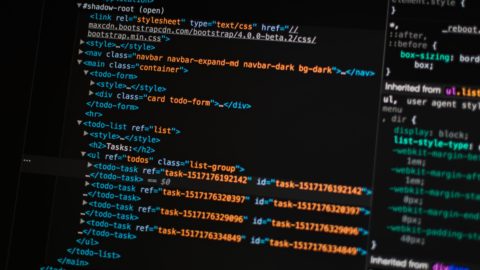