← A Day in the Life: Revolution
Fresh Ideas | Free Thinking #12 →
B Lab is the non-profit organisation that unites a global community of likeminded businesses, all of whom are looking to address social and environmental challenges through business. Jack Atkins spoke to B Lab UK's communications and storytelling manager Scott Drummond, and certified B Corporation , Toronto NOW's editor Alice Klein, to find out more...
Share —
Facebook
Twitter
Email
Published —
08.09.17
Writer —
Jack Atkins
Movement —
Sustainability
Industry —
Magazine , Media and Publishing

For too long big business always seemed like a case of us versus them, the idea that businesses were disconnected from the societies they catered for and treated customers and staff as simply statistics was prominent and just taken as a given. Think back to the early 1990s where we saw massive multinational companies subjecting workers to appalling conditions in order to meet the demands of their customers. It was a perverse evolution of capitalism, and when the world realised how their favourite products were getting manufactured, they reacted with revulsion and horror.

Something needed to change, and drastically. That’s where B Corporations come in. B Corporations are a global community of for-profit companies with a common goal; to reduce their ecological impact, whilst improving their social impact. Conceptually an evolution of triple bottom line business, B Corporations are attempting to grow into something radical. “We want to build a movement” says Scott Drummond, communications and storytelling manager at B Lab UK – the start point for all things B Corporation.

B Lab are certainly building on that idea. A non-profit organisation, B Lab developed a criteria system that identifies the main areas that businesses should focus on in order to have a positive impact, “What we really want to do is shift the way people think about what business can achieve.” Scott Drummond “If we think that the role of business is simply to maximise shareholder return, we feel that’s a very narrow definition of what business is capable of. We want to encourage more for-profit companies to think about what they can achieve with their business; that’s really our mission.”

What B Lab believe is that businesses should consider the impact they have on the world, not just from an ecological standpoint, but also from a social standpoint, as well as being publicly transparent and legally accountable and responsible. Companies that apply for B Corp certification must pass a strict series of tests to prove that they are indeed practicing good business, not just pushing token-istic schemes and hollow gestures. “We provide businesses with a free tool to measure their performance against specific criteria, then through the community and through this movement, we want them to champion this shift in what business is capable of.” says Scott Drummond.

Toronto NOW is one of those businesses stepping up, and were recently certified as a B Corp. A Toronto institution, NOW is a free paper found in seemingly every shop, café, venue and bar, NOW is ever present and highly influential. Alice Klein, NOW’s Editor/Publisher and CEO, summed up NOW in a nutshell; “We are unusual.”

NOW is one of the growing number of B Corporations operating globally, the ethical side of the media company is in tune with the city itself; a hodgepodge of classic Canadian values and multi-cultural sensibility. Toronto itself is one of the most diverse cities in the world; 2011 statistics show that 48.6% of Toronto’s population was foreign born, but with such a diverse potential readership, you’d assume it would be hard to accurately represent the city “It certainly does reflect Toronto,” says Alice “NOW has been around for 35 years and in some ways is very much responsible for the kind of city Toronto is, because it really gave voice to a certain part of the city. NOW highlights and promotes and gives profile to that aspect of the city – the best part, it’s creativity and joie de vivre.”

NOW’s decision to register as a B Corp seems unusual on the face of it, seeing as it is a free publication. The decision seems to be born more of a necessity of identity rather than for commercial gain “We’re very excited about social innovation and ethical business is a key part of our value and vision in general.” Alice continues “We’re interested as a media project in our content creation, but as a business we’re interested in how we relate to our community and the world.” Scott Drummond concurs “The ultimate goal is to get more companies using their business as a force for good, thinking about the different ways that running a business can have a massive impact on people’s lives, not just the shareholders, but the staff, governance groups, local community, all the different stakeholders that actually form part of what a business does, and of course some of those ‘silent’ stakeholders like the environment.”

No matter the sector, the public want to be able to trust businesses, the cliché of the faceless corporate behemoth is one that still permeates despite how much we have evolved as a society. “It’s fair to say there’s a long way to go.” Scott Drummond “Business for the last few decades has not done itself any favours. In broad generalisations, the image of business has taken, to some extent, a bit of a battering.”

Conceptually, B Corporations are still relatively new; B Lab itself only established in 2006, with B Lab UK following suit in 2015. “Many of the companies who are B Corps now were doing this kind of work many years before the B Corp movement existed.” Scott Drummond “What they see in this B Corp movement is that they’ve found their tribe. There’s a Mother Teresa quote; ‘I can do things you cannot, you can do things I cannot. Together we can do great things.’”

With the B Corporation concept still being relatively new, the visibility of the certification is somewhat niche, and as yet may not always offer massive economic dividends, this isn’t a major issue for NOW “Obviously, most people who decide to engage with getting B Corp certification have already been running their businesses in ways that would be certifiably in service to a triple bottom line. So, we have always been working towards that in all the ways that we can.” Alice Klein.

Alice continues “It’s nice that there is a certification available that enables us to present that fact to our market. Perhaps in the future it may have a bit more marketability, but for now it’s really a little bit of a contribution.”

“What we find out when they do come together is they have a better of idea of who-else is in the community like ‘hold on this company over here does exactly that thing we want to do in the next six months and they’re really good at it, why don’t we just talk to them about how they’ve done it.’” Through events such as B Lab’s annual ‘B Hive’ they are putting the community and societal aspect firmly back into business, it’s a move that broad-capitalism has been crying out for. Alice Klein agrees that attitudes are changing “There’s a lot of greenwashing in the world, there’s a lot of whitewashing, just a lot of washing going on in general [laughs] There are many terrible things going on in the World, but there is also an awakening of sorts, and we are very anxious to promote that awakening.

“In the way we do business, it means trying our best to do sustainable sourcing, we’re unionised, we have good working conditions – we’re just generally trying to be good community members in all ways. We’re very 360 in our approach to our integrity as a progressive and fascinating media brand.”

Like the way that Fair Trade is a household expression, it is hoped that in the coming years the term B Corporation will have similar prominence and will evoke a comparable reaction from consumers and potential consumers alike. This is not just a flash-in-the-pan idea, this is a growing entity that is only going to expand and expand until it simply cannot be ignored. B Lab themselves hope to achieve this and build on such early promise and success, but realise that the efforts of the many outweigh those of the few “How do we as a community, as a movement that’s trying to promote the role of business in a wider ‘stakeholder capitalism’ kind of society, how do we do more together than we could alone?” Scott Drummond “That’s another reason why companies are keen to pursue B Corp certification; they want to grow, they want to scale, they want to seek external investment, and they want to be successful. What they also want to ensure is that as they grow and as investors come to them with propositions around taking on equity etc., that they can keep their ethics right at the centre of what they do, and not have them watered down or chopped off.”

Alice Klein realises that society is ready to accept this new image for business and that B Lab’s rallying cry will be a message that only grows in volume “we are ahead of the curve; people look to us to see what the mainstream has not served up yet” The mainstream is slowly getting there though; Patagonia, Ben and Jerry’s and Etsy are the biggest names at the forefront of this B Corp uprising, never mind the massive global community of publishers, marketers, fashion brands and financiers who are already certified. Now it’s a question of ‘when’ not ‘if’ their peers will follow suit. 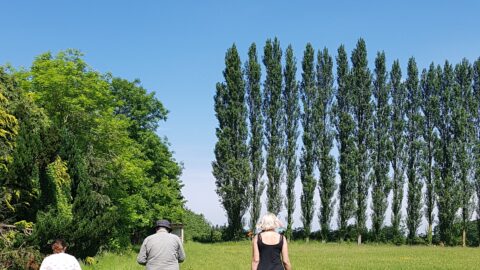 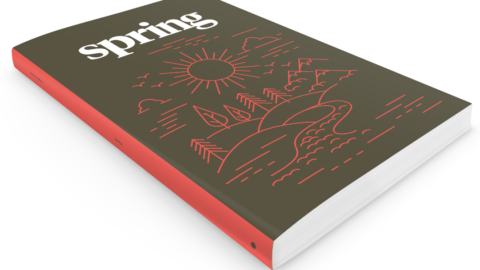 Spring by Ethos, an Indiegogo campaign