← Spirit Animals
For Club and Community →
Started by a team of physicists and meteorologists in 2010, Ignitia is the tropical weather forecasting service changing the long-term outlook for farmers in West Africa. Ignitia’s project manager Lizzie Merrill gives us her forecast for the company’s future, and the farmers most affected kindly shared with us their stories.
Share —
Facebook
Twitter
Email
Published —
05.11.17
Writer —
Grace Dodd
Movement —
Sustainability
Industry —
Environment

Ignitia’s inception came back in 2010, when scientists and meteorologists recognised that there was an immediate and urgent need for a reliable, accurate and accessible weather forecasting service, aimed primarily at farmers in tropical climates. After much research, Ignitia was born; and the farmers using it, haven’t looked back since.

Interestingly, because literacy rates are low in rural areas, Ignitia is marketed under a different name in each country. Merrill explains that “in Ghana, we advertise as Iska. This means wind in Hausa. In Mali, we market our product as Sandji, which means rain in Bambara; people are able to easily make the connection that our product is weather related.”

Whichever name it is known as locally, the satellite-like technology remains consistent across the continent, sensing weather changes in the atmosphere; a space long referred to as ‘physics’ no man’s land’. Through GPS, farmers receive a specifically tailored weather report, including a  two-day, monthly, and six month forecast by text. No internet access is required, which means that even the most remote farmers can make informed agricultural decisions.

Founded by climate researcher Liisa Petrykowksa, who is now the company’s CEO, Ignitia is rooted in science. “Petrykowksa realised that there was an incredible amount of detailed satellite data around the equator but no reliable forecasts,” says Merrill.

“She gathered a team of scientists, from institutions including NASA, and relocated to Ghana to begin developing algorithms to simulate tropical weather patterns.

“Ignitia began as a research project to understand the differences in tropical weather events and create a model to more accurately predict them.”

The team then spent three years developing the technology, trialling a beta version in 2013. Launched in partnership with MTN Ghana in 2014, the operation reached its two year milestone in 2016. A finalist for MIT’s Initiative on the Digital Economy, the organisation has been acclaimed by both Impact Hub and Accelerate 2030.

The team is also making international waves in terms of the gender diversity. Ignitia and six new member companies of Business Call to Action are owned by women. Merrill views the company’s inclusivity as part of an organic shift, “Women are often underrepresented in most professions that are not deemed feminine and STEM is no exception,” says Merrill.

“Women, especially, are not seen as trailblazers in emerging markets or the startup world. But I don’t think gender was ever the focus for Petrykowksa. She is a scientist who came across a problem that needed a solution and set out to solve it- which she did – successfully.”

It was a difficult problem to solve. Predicting West African weather patterns requires much more precision than preparing city-dwellers for the drizzly day ahead.

“Unlike other regions, convection forces in the tropics can appear much quicker, and without seemingly any notice to the untrained eye,” says Merrill. “So having a model that is calibrated to a higher degree of geographical specificity, means that we can make predictions twice as accurately as global models. For example, the BBC has an accuracy of about 39% in the tropics. Ignitia is 84% accurate.”

Ignitia is able to reach its customers quickly, relatively cheaply, and without having a damaging impact on the landscape; their high-resolution forecast model runs on its own supercomputer cluster underground in Stockholm.

“Ground monitoring stations in sub-Saharan Africa are sparse, and often in states of disrepair,” explains Merrill. “By relying on satellites and remote data we are able to both predict weather without the need to build or invest in expensive infrastructure, and are able to expand our weather predictions to new areas and markets more quickly than other services.”

In 2013, torrential rains caused flash floods in Mali’s capital Bamako. During the same year, temperatures reached 43.0°C in Navrongo; the hottest temperature ever measured in Ghana.

“The most immediate benefit is better on-the-ground decision making at all parts of the farming process,” claims Merrill. “Fertiliser can be the most expensive input, and is washed away by heavy rain if applied at the wrong time. Even for harvest, crops such as cotton and cocoa must dry before storage. Unexpected rain can reduce yields and quality.

“We’ve had farmers delay rented equipment and hired labour due to the prediction of rain, saving them money and allowing them to reschedule. Farmers have purchased drought-resistant seeds, a huge expense and investment, due to forecasts of a drier season than normal.”

Unlike other weather broadcasters, Ignitia is building up a rapport with its loyal customer base.

“Farmers are often stereotyped as unintelligent, and that just isn’t true,” Merrill asserts. “What farmers need are reliable tools and access to quality technology like in other parts of the world; and that’s lacking in the tropics. With our technology, farmers are able to receive reliable, GPS-specific, tropical forecasts and they know what to do with that information. Using our service season after season has the potential to increase yields and incomes – and that’s exactly what we’re seeing.”

Emmanuel farms cashew, groundnut, and yams in the Brong Ahafo Region of Ghana. He talks about life before subscribing to Ignitia. “I had a groundnut farm of about 2.5 acres and ended up not being able to harvest anything because I didn’t know when it would rain. I planted too early and it spoiled everything. I used to listen to the radio and TV, but, after subscribing to ISKA, I stopped because these forecasts are much more accurate.” he says.

Enoch, a farmer from Suhum, had a similar experience; “I didn’t get weather reports before ISKA. I am a vegetable farmer, and had no source of irrigation, so it was difficult because you did not know when it would rain.”

It is clear that the reports offer immediate benefits for both men. “I’ve been receiving the forecasts for two years now,” Enoch tells me. “I know when to apply fertilizer without wasting any of it, and it’s all because of the predictions.”

Emmanuel is particularly proud of his farm’s transformation; “This season I was able to harvest about five bags; I’ve never harvested that much before. Since I started using ISKA my farming results have gotten better. I tell all of my friends to subscribe!”

The implications are far-reaching. According to ONE international, by 2040 average global temperatures will have increased by between 1.5°C to 2°C. This half a degree would cause aridity so intense, that African farmers could lose between 40 and 80% of their croplands used to grow maize, millet and sorghum. Merrill sees great potential for Ignitia: “What we’ve created is a tool that can be used to mitigate the effects of global warming, for an area that is experiencing change more rapidly than other parts of the world. We plan to continue working within the agriculture industry, but are open to other industries and supply chains that can be affected by erratic weather.”

Ignitia’s next mission involves using artificial intelligence for West African storm tracking. The storm tracker would run through records of 14 years of individual thunderstorms in the region. Part of the input data would come from unconventional sources such as mobile tower signals; a nowcasting system based on lightning strikes and model output winds.

As Ignitia’s eye is always trained on the horizon, its loyal farmers are looking forward to other useful services. Emmanuel thinks that further pest and disease control information would be very useful for farmers. And Enoch would like to see a “system that gives fixed prices for vegetables across the country that would prevent markets from cheating farmers when they go to the village to buy crops; or alternatively, a system that would provide locations where farm products can be sold at a fixed price.”

Through cool and collective problem-solving, these West African farms are flourishing and the farmers who tend them can hope for a greener future.

← Spirit Animals
For Club and Community → 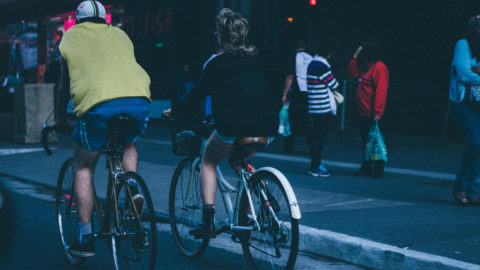 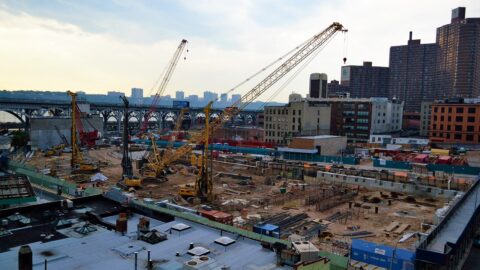 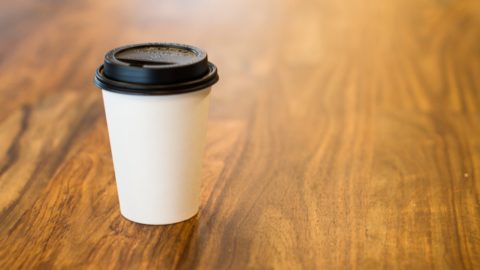