← Just Another Race
Ahead of the crowd →

Dismantling the glass ceiling of business one young person at a time, 2 Billion Under 20 brings together 'Olympians, nationally-recognised singers, Disney channel actors, award-winning scientists, non-profit founders and renowned speakers,' to inspire and empower the two billion people in the world under the age of 20 to 'act on their passions'. Joe Ramsden speaks to co-founder Jared Kleinert...

“The Britain that is going to be forged in the white heat of this revolution will be no place for restrictive practices or for outdated methods on either side of industry,” Harold Wilson told the annual Labour Party Conference in 1963. Wilson was quick to respond to the changing times that characterised the early part of the ’60s when he became Leader of the Labour Party in 1963. He aligned himself with popular trends, such as The Beatles and pipe-smoking, and identified the need for technological advancement. In his famous ‘White Heat’ speech, Wilson alluded to the open-mindedness and uninhibited thought; a quality that would be wholly necessary in order to facilitate the serious technological development in Britain.

Open-mindedness – if not a popular acceptance of permissiveness – has been the keystone legacy of the ‘Swinging Sixties’ on future generations: it was a time of change and innovation. In the UK, the legacy of the Attlee settlement allowed the baby boomers to experiment with drugs (LSD, The White Album, “Better Living Through Chemistry”) and innovate with fashion (miniskirts, Mods, Twiggy) and reinvent the political landscape (Roy Jenkins’ social reform; second-wave feminism). The retrospective perception of the ’60s today is greatly informed by the perceived fluidity with which the children of the post-war era responded to swathes of change in society.

Young people are now more able than ever to be successful, thanks to social media and the new age of technology. Nowadays, the notion of timeliness is essential to the progression of society – not only within business and technology, but outside the wider cultural context. Fifty years after Wilson’s speech, Forbes magazine published an online article entitled ‘5 Secret Strategies of Great People’, alongside the publication of Dani DiPirro’s book ‘Stay Positive’, in which the author insisted that open-mindedness breeds success. One of the benefits of being open-minded the book lists is ‘experiencing change’; it says, “thinking with an open mind gives you the option of creating positive change and stronger results”. However, innovation is bred by the culture’s sensitivity not simply to the growing trends in society but to the overriding spirit of the moment: the zeitgeist. For those reading this on a tablet, laptop or smartphone, it will be easy to see the defining vehicles for change in the 21st century must be the internet. The sort of mindfulness that had characterised Wilson’s Britain has been displaced by fibre-optic cables, WiFi hotspots, instant access to information and the demanding immediacy of social media.

Originally a Facebook project known as 2 Billion Under 20, a book of the same name – subtitled: ‘How Millennials are Breaking Down Age Barriers and Changing the World’ – has just been published, with the aim of capturing the spirit of business in the world today.

The mind behind the project is Jared Kleinert, a 19 year old from Florida, who has recognised the unique opportunity afforded to members of the ‘Online Generation’ when starting a business, acting with social responsibility and being a leader. It’s these areas of social enterprise that the project is concerned with. Kleinert has worked alongside 2BU20 co-founder Stacey Ferreira (pictured above) to develop the book that will bring together “Olympians, nationally recognised singers, Disney channel actors, award-winning scientists, non-profit founders, renowned speakers,” in an effort to inspire and empower the two billion people in the world under the age of 20 “to act on their passions in life”. It is also hoped that those readers from other generations will gain a better understanding of the millennial generation and realise the positive change that can be affected by young people.

2 Billion Under Twenty is a response to the changing tide of how business is done following the 2008 economic crisis and a record of the millennial generation’s response to the change. During that tumultuous period following the recession, big business showed itself to be incapable of handling itself effectively as it shunned the responsibility it had once held for safe-guarding ordinary people in lieu of other lucrative offers. But for many, the crisis was not the first time that those in positions of power and influence had be seen to let down ordinary people. After being shown the titillating promise of the lifestyles of the rich and famous by MTV, and having grown up in a world in which the widely accepted narrative was framed by story that if one worked hard success would be waiting, the reality of life after graduating from university – something which had once promised so much for the graduate – hit the millennial generation very hard.

Massive youth unemployment, the stifling implications of student loan debts and dwindling job prospects; the global implications of deregulatory Reaganomics, two Gulf Wars and an amplified sense of socio-political unrest have left the millennial generation with little else to turn to: now is the time to look to oneself for consistency and accountability. Since institutions that were previously well-respected have compromised that trust once placed in them, a new generation of young people have to use new means to achieve their ambitions: which will require – as it always has – rule-changing and a gentle revolution. Since almost one-third of the world’s population is now under the age of 20 it can never be overstated how important the present is in terms of establishing the foundation for the world stage for generations to come.

According to Kleinert, now more than ever, “it is essential that we inspire young people and help them feel empowered.” His inspiration for the project came from the keynote speech given at the 2012 “Under 20 Summit” in New York City hosted by the Thiel Foundation. Through his Thiel Fellowship program, Peter Thiel (founder of PayPal and the first outside investor in Facebook) annually offers 20 people, under the age of twenty, $100,000 to drop out of school and pursue their ambitions and innovations in business and science. It is a controversial scheme but is gaining a reputation as being hugely impactful on the way business and social enterprising operates in the modern world. It was while he was at the 2012 summit that Kleinert, among other social entrepreneurs and young business people, was challenged to “spread the virus” of innovation among other young people and inspire entrepreneurs to realise the potential of their lives’ passions. This was the challenge that motivated him to foster a movement of successful young and record their stories.

Kleinart describes the 2BU20 community as being “full of inspirational young individuals who refuse to believe that age is a barrier to achieving greatness.” Previous factors, that might have hindered older generations (such as class, or financial circumstance), can be considered irrelevant in the pursuit of establishing oneself as a game-changer and social entrepreneur now that there is almost universal access to information online. The ‘smartphone’ has become the international passport to information for millennials and now that one fifth of the global population possess a smartphone or similar handheld device it’s easier than ever to access information. Naturally this raises the question: is the millennial generation now better equipped to take on business?

“I’m not sure if ‘better equipped’ is the right term,” Kleinart says. “But there is without a doubt more opportunities for young people.” The unprecedented access to information online has allowed the millennial generation to sell products and services to consumers around the world using only their laptop and smartphone. In addition, early exposure to code-writing has allowed many entrepreneurs to create new software and companies to build businesses, while website builders and online marketplaces continues to facilitate boundless opportunities for distribution. Never before have individuals had such immediate access to the tools and opportunities necessary to starting a business. 2BU20 aims to highlight the stories of those individuals who have used new media and the internet in order to empower and inspire other young people to do the same.

“If you have a computer and WiFi, you have access to 99% of the information you need to do pretty much anything,” Kleinart confidently proclaims during our email exchange, identifying the underlying component of success in all the stories featured in 2BU20: each individual became connected to the project because they had access to the internet. The importance of the internet in the creation of jobs and business since 2008 cannot be overstated. Projects that became major online market places, like AirBnB, eBay and Etsy, were launched because the internet allowed immediate connection and instant distribution. Any A-Level Business student will tell you that from there you’re off to a good start.

Christopher Pruijsen was not an A-Level Business student when he came to England in 2010, but after enrolling on his course at the University of Oxford in 2011 he quickly became the youngest ever president of the Oxford Entrepreneurs. He joined the project when Kleinart posted a link on the Thiel Foundation’s Facebook page in 2013. Like many of the other contributors to 2BU20, most of Pruijsen’s enterprises use instant connectivity and social media to operate and deliver services. In 2012 Pruijsen set up ‘Let’s Lunch’ an online platform which synced with your social media profile to set-up lunches with local leaders and business people in your area at no cost to the user. The aim was to provide access to inspirational figures, to have lunch with that person and in doing so form links and network. For others like Pruijsen, projects like 2BU20 will allow people to connect and inspire one another in a similar sort of way. “There are so many resources out there, but a lot of kids don’t know about them, or lack the confidence to apply for [those resources]. I hope 2BU20 will change that.”

It seems to be working. Kristine Barnett, the author of “The Spark: A Mother’s Story of Nurturing Genius”, has given a very positive reaction to the 2BU20 group. The website’s testimonial page proudly reads: “Switch your kid’s role models … THESE are the NEW role models!” It’s a promising start for the project. So what’s next?

Kleinart has several projects in the pipeline – doubtless his co-founder Ferreira will do also – and currently working alongside the book launch as a consultant to business who want to retain young people in their employment. He’s making himself known as individual who knows how to market to young people and what it will take to entice them into working for big businesses. The connections created by the project will potentially form the basis for many successful business partnerships and innovative relations to come. Its timeliness is fundamental, as its success lies in the fact that 2BU20 reveals a snapshot of the world around us today – both in and outside of business – and it should therefore provide a valuable indication for all generations (both ‘Y’ and ‘X’) as to the state of the world today. Whilst few people can be certain what we can expect from the business world in the coming years, we can be confident that the discussions will be big and the ideas equally exciting.

← Just Another Race
Ahead of the crowd → 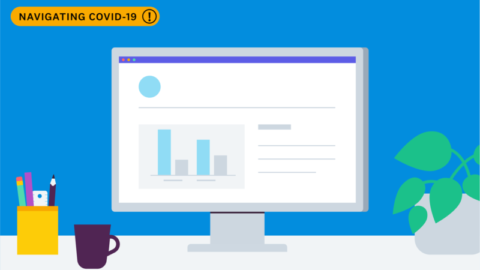 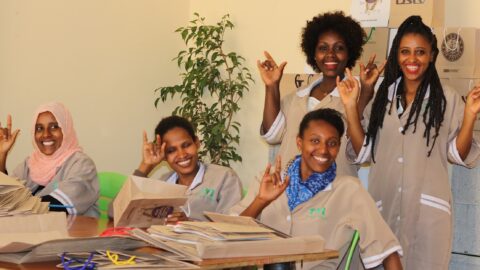